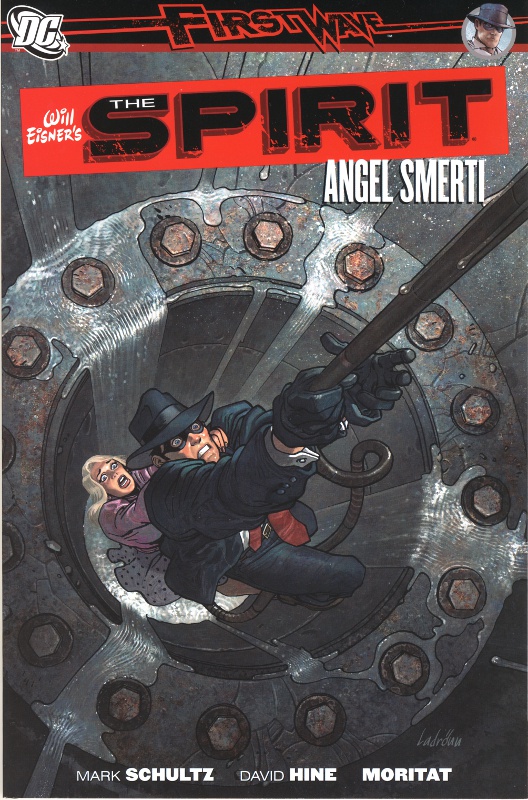 I wholeheartedly enjoy the Spirit: it’s a classic character in a crime-ridden city with a colourful supporting cast, mixing action, drama and comedy in equal measure.  DC Comics has recently launched their second iteration of a Spirit ongoing series and collected the first two story arcs in The Spirit: Angel Smerti.  Here’s the publisher’s blurb: In this first collection of the new SPIRIT series, an international crime syndicate wants to help Central City’s villain, The Octopus, consolidate control over the underworld. They’ve offered The Octopus the services of one of…read more 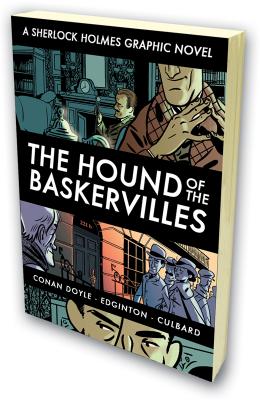 This is a book that has flown very low on the radar of North American readers; I became aware of it via the excellent Forbidden Planet UK blog, a great spot for European works in English.  The Hound Of The Baskervilles is a graphic novel adaptation of the Conan Doyle work by Ian Edginton and I.N.J. Culbard.  Here’s the publisher’s blurb: Ian Edginton and I.N.J. Culbard have teamed up again to create a visually compelling graphic novel adaptation of Arthur Conan Doyle’s masterpiece. And the superb writing and beautiful art…read more 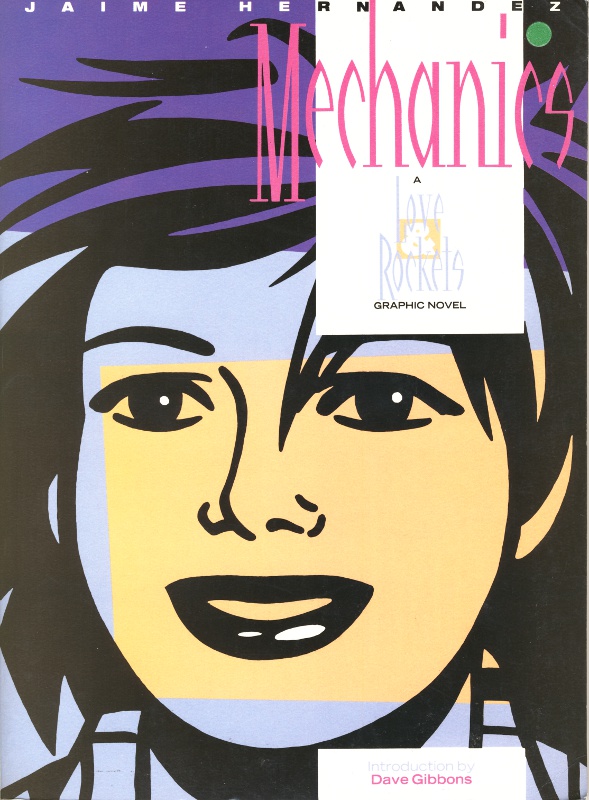 This is the story of an accidental purchase of a signed and numbered book from the 1980s.  I was rummaging among the discount trade paperback section of my local comic shop when I came across Mechanics: A Love & Rockets Graphic Novel by Jaime Hernandez.  I had seen his art around for years but never go into it so this seemed like a good time to do it based on a cheap purchase. This is the second Love & Rockets book but it’s published in 1988 by Titan Books in…read more 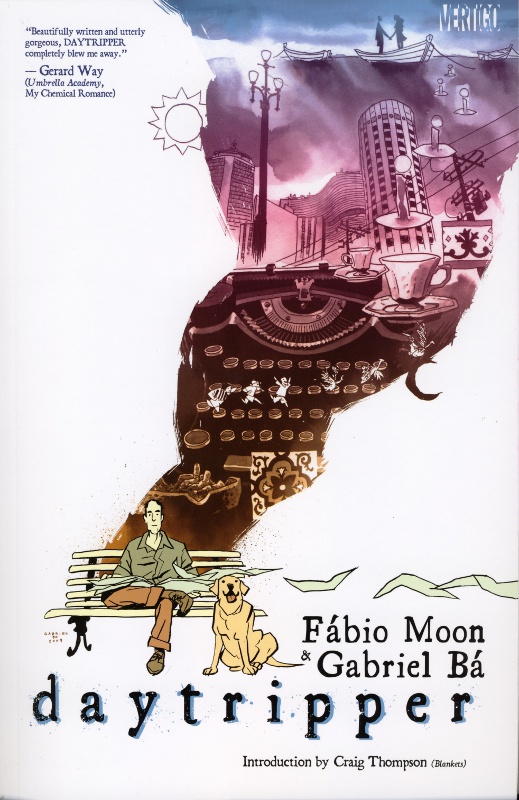 Nothing about this book from the outside interested me in the least.  When this collection was published site after comics site sang it’s praises so I decided to pick up Daytripper from Vertigo.  Here’s the publisher’s blurb: What are the most important days of your life? Fábio Moon and Gabriel Bá answer that question in the critical and commercial hit series that took the industry by storm, winning praise from such comics veterans as Terry Moore, Craig Thompson and Jeff Smith. Follow aspiring writer Brás de Oliva Domingos as each…read more 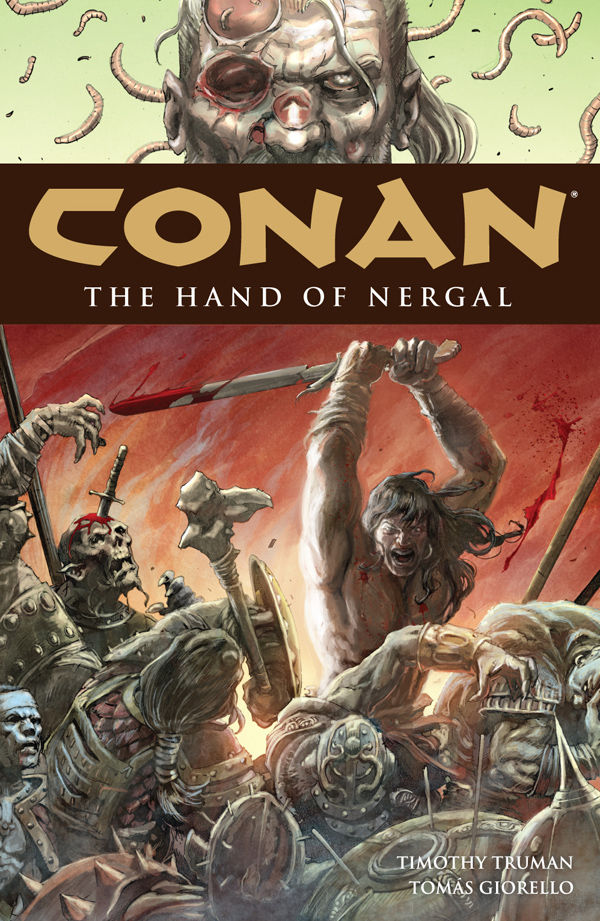 Conan Volume 6: The Hand Of Nergal

After thoroughly enjoying [intlink id=”1833″ type=”post”]Conan Volume 7[/intlink] I scanned my local comic book shop and found Conan Volume 6: The Hand Of Nergal softcover.  Here’s the publisher’s blurb: A mysterious curse lingers, following Conan as he attempts to return to his homeland, and a great darkness looms ahead in the doomed city of Yaralet. This latest collection in Dark Horse’s smart, innovative Conan series finds the cunning Cimmerian chased by both unfinished business from his past and a strange novice magician who seeks to deliver a dire warning to…read more

The Tick Omnibus: Sunday Through Wednesday

Originally published at Comic Book Daily under my Bound Together column. During the 1990s The Tick from Ben Edlund and New England Comics was the hottest comic property going.  The black and white comics were a smash success that led to an animated cartoon and a live action television series. Of course it was the comic books that started it all: Edlund had created the Tick in high school as first appeared in the New England Comics (NEC) newsletter; they are a large chain of comic stores.  A comic was…read more

Originally published at Comic Book Daily under my Bound Together column. I was a faithful fan of Dark Horse’s Conan relaunch with Cary Nord as artist but after he left I drifted away.  Came across Conan: Cimmeria or Conan Volume 7, depending how you interpret the spine and title page of the book, at my local comic shop and it looked intriguing.  It’s a collection of Conan The Cimmerian issues 0-7 which tells a split story, written by Tim Truman with art by Tomas Giorello and Richard Corben.  Here’s the…read more

Originally published at Comic Book Daily under my Bound Together column. I was perusing the new books at my local comic book shop and came across Siege: Embedded in softcover.  I noticed it because Chris Samnee had done the art: he’s been making a name and is doing the art on the recent Thor all ages series that I’m waiting to see in a trade paperback.  I gave it a quick thumbing and added it to my buy pile.  Here’s the publisher’s blurb: The SIEGE of Asgard has begun! And…read more

Originally published at Comic Book Daily under my Bound Together column. Long time comic fans will recognize Xenozoic Tales as a long running black and white story told by Mark Schultz, or adapted to the little screen as the animated Cadillacs And Dinosaurs.  I had thumbed the various issues and collections but never had the urge to pick it up.  Flesk Publications has released Xenozoic, the complete collection of all stories to date in one hefty 352 page trade paperback.  Here’s the publisher’s blurb: Forced into hiding by a global…read more