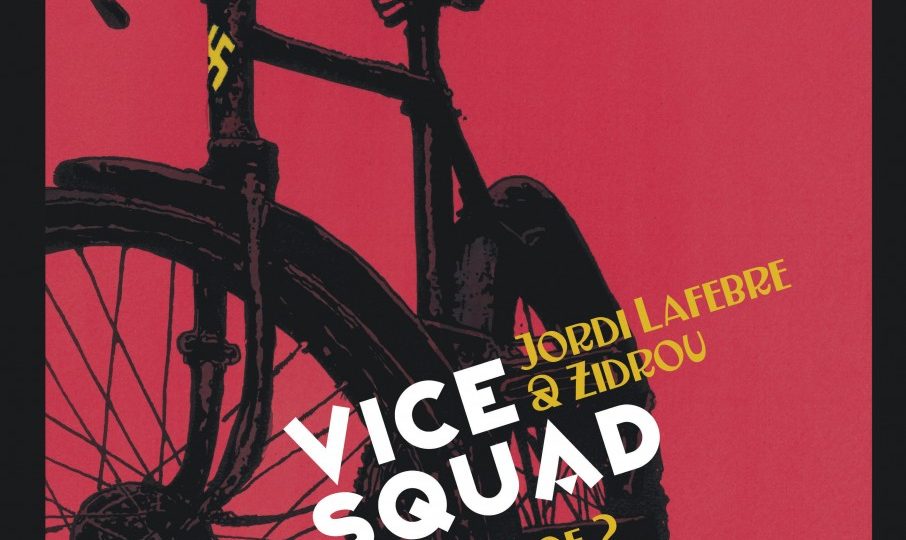 It is the winter of 1937, and Aimé Louzeau lives with his mother and their servant. One day, he goes to the Quai des Orfèvres, the police prefecture of Paris, to speak with the vice squad. He currently works in the Criminal Investigation department, but crimes of passion and back alley stabbings really aren’t his thing, so he requests a transfer from Chief Inspector Séverin. The atmosphere immediately darkens, as Louzeau is thrown straight into the interrogation of a pimp called Guapito and his prostitute. Europe Comics, November 2016 Script…read more

Jean-Baptiste Poulain has been hired by the Baron of Brac to tutor his son. When the young teacher arrives on the island off the coast of Brittany, he’s immediately struck by how much the population seems to both hate and fear their lord. Which doesn’t stop the locals from going after the aristocrat’s people. Jean-Baptiste is brutally attacked – just after Nolwenn, the baron’s son, is found beaten to death… Cinebook, July 2015 Script by Fabien Vehlmann Art by Matthieu Bonhomme 48 pages $11.95 USD Order online: Izneo, Amazon A truly wonderful thriller: it…read more 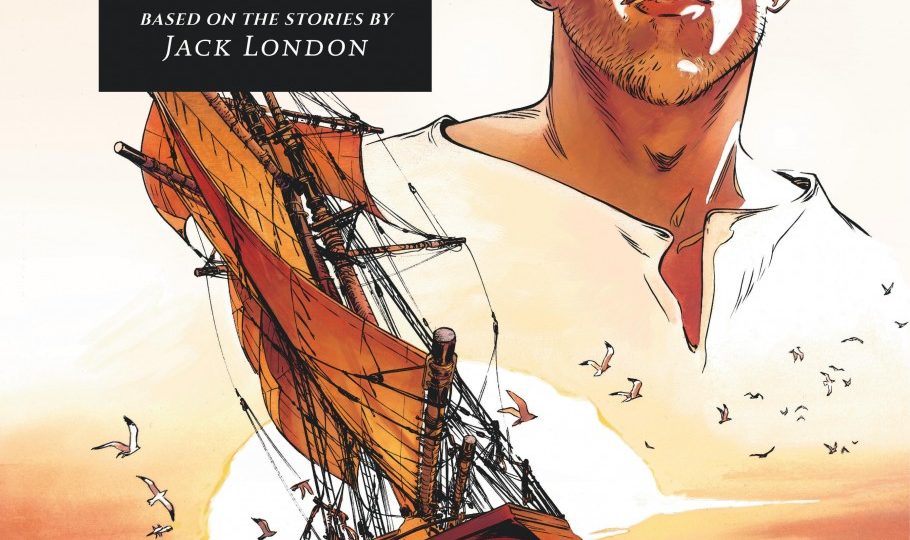 A Son of the Sun

Parlay is the French king of a dying island tribe and the father of the sublime Armande. He’s selling his pearls, a fortune collected from his island’s lagoon. The wealthiest traders in the Solomon Islands have been invited to the auction, except for David Grief, the Englishman the natives call the Son of the Sun. Come hell or high water—probably both—Grief will be there. And he isn’t coming for the pearls. This is a thrilling adaptation of two Jack London novellas, “A Son of the Sun” and “The Pearls of…read more

Jack Kirby’s comic strip masterpiece is presented in an archival version featuring the complete dailies from Sky Masters of the Space Force.  Veteran scripters Dick and Dave Wood provided these late-1950s space/action adventure stories starring Sky Masters of the Space Force and his gang of intrepid followers which closely resemble Kirby’s work on Challengers of the Unknown (which was being published at the same time). Kirby’s artwork is embellished by Wallace Wood and later by Marvel inker extraordinaire Dick Ayers. Sky Masters was created at the beginning of the space race — when who would…read more

When an old colonel informs Jonas Crow that the so-called “Ogre of Sutter Camp” is still alive and well, he’s not exactly pleased, to say the least. His troubled past from his fighting days in the American Civil War comes back to the surface, forcing Jonas into a man-hunt, and to face his own regrets… Europe Comics, February 2017 Written by Xavier Dorison Art by Ralph Meyer 64 Pages $8.99 Read Online: Izneo, Amazon.com This volume takes our established cast and turns the story from action-adventure to thriller, with absolute mastery. Dorison…read more

Together with the blind fiddler, “Uncle” Dan, Annie square off against the Chizzler, then embarks on her first novel-length adventure. In a story lasting nearly a full year, Annie’s supposed “real” parents-Boris and Libby Bleek, leaders of the criminal Ghost Gang-gain legal custody of her, while “Daddy” Warbucks is hounded into jail by the unscrupulous politician, Phil O. Bluster. “The One-Way “Road to Justice” leaves a penniless Annie and “Daddy” and on the bum amidst the Great Depression. Containing every daily and color Sunday strip from July 1933 through February…read more

This second of three volumes reprints more than 300 strips in a unique two-tier format, seven days a week. The Library of American Comics edition reproduces each strip on its own page so readers can relish Gil Kane’s incredible achievement. Included are all strips from August 11, 1978 – June 10, 1979. Star Hawks takes place in the “Barnum System” that Ron Goulart used in several of his novels. Library Of American Comics, December 2017 Written by Ron Goulart and Archie Goodwin Illustrated by Gil Kane, Howard Chaykin and Ernie Colon Edited…read more

A blockbuster collection of rare and little seen stories and artwork by the legendary Alex Toth. Included are complete stories from the 1950s and beyond, recently discovered color animation storyboards and presentation drawings, sketches and doodles, industrial comics, and individual pages from obscure comics and magazines. It’s a treasure trove that makes a fitting companion to the three-time Eisner Award-winning Alex Toth: Genius trilogy. IDW Publishing, July 2019 ISBN 978-1-68405-412-1 9.5” x 13” Hardcover, 280 pages Order online: Amazon, Indigo I’ve slowly accepted the fact that there can never be too many…read more

The all-new Bob Morane continues, following the heroic soldier into enemy territory. With his friend wounded, he’s forced to seek aid in the village of Zamosho, the base of the terrorist organization Wal Jihad. His humanitarian operations to bring education to all of Nigeria are at serious risk—but from whom? On the other side of the globe, Sergeant Ballantine is finally a free agent again—but for how long? And when Bob Morane meets Tania Orloff, niece of the mysterious Mr. Ming, the tangled web of influences and objectives will develop…read more