When the world is faced with strange anomalous threats, there is one man who can be called on to set things right-Jet Scott! Along with his colleagues at the Office of Scientifact, Jet uses the power of science to solve mysteries and save the day again and again! Created by the creator of the Joker, artist Jerry Robinson (Detective Comics) and scripted by screenwriter Sheldon Stark, Jet Scott Volume 2 is a treat for science-fiction fans both young and old! Featuring both daily black-and-white strips as well as colour Sundays from September 1954 to the series finale in September 1955.

* Jerry Robinson is one of the best known of all the artists who have drawn Batman over the years and is often credited with creating the Joker, one of comics’ greatest villains!

* Dark Horse Comics is proud to collect the Jet Scott comic strips, for the first time ever, which were originally published from 1953 to 1955 by the New York Herald Tribune!

Seven stories from September 1954 to September 1955. A wide range of stories on display, all with some tip of the hat to science and the need for Scientifact and Jet Scott to be involved. At the root are greed, jealousy, gluttony, and more deadly sins.

As in the first volume, Stark likes to craft outlandish villains to counter Scott’s staid demeanour. A business owner wants his scientist’s process for live freezing, a sideshow magician uses an anti-gravity device to steal, a rich man uses his nephew for even more wealth, a scorned woman irradiates her former beau’s business, and a stockholder wants it all for himself. Lots of science at play, intentional or accidental, showcasing the 1950s cutting edge.

Deviating from this theme are two more storylines without a villain: a pilot’s test plane goes haywire and he must be brought back out of the stratosphere, and an election is decided by one voter. These give a bit of heart and humour to the strip as the pilots’ widow constantly talks to her husband to keep him conscious, and the deciding voter is a lonely widow who determines her choice of candidate through a pie-eating contest.

The creative team knew the strip was wrapping up, as every story ended with the new one beginning, but the final Sunday shows Scott flying off into the sunset.

Robinson’s art is the star of the strip with his deft character designs, unique perspectives, and panel composition. This strip is firmly in the 1950s and the style screams nostalgia in these collections.

There’s a look to some characters in certain strips that cries Steve Ditko to me, but I’m not sure that’s me just crediting the look or actual ghost illustration for this strip. It’s lingered from the first volume to this one, and wonder if Robinson was an influence on Ditko.

Reproduction is both exceptional and abysmal. Most strips are from proofs and show a wonderful amount of detail. And at two per page, the size really lets you get into the details, as most publishers are putting three dailies on a page this size. But there are strips throughout, and a lot in the last story, that are not from proofs and they really are terrible: the art is just blobs of black and there has been some effort to redo the text but it doesn’t work.

The design is bold and bright, bringing big images and brightly coloured text to the title page, colophon, table of contents, and chapter dividers. Alessi’s choices tie in wonderfully to the Sunday palettes and bring together an engaging package. The choice to have a story synopsis with title and date range on the chapter divider is fairly unique; I found myself skipping the synopses so the story wouldn’t be given away, much as I skip introductions in other newspaper strip collections.

Production is quite good: a sewn binding of medium glossy paper. The book lays flat when reading due to the sewn binding and the orientation of the pages and the paper weight. This book presents these strips at such a great size with two dailies to a page, but they went a little overboard with the margin sizes. At first, I thought it was to accommodate the Sundays, but that generous border is on all pages. That negative space does make the Sunday colours pop.

The book opens with a one-page introduction by Mark Evanier where he shares some anecdotal meetings with both creators and closes with short biographies of the creators.

After completing this volume I finally found the image of the woman in a hat smoking a cigarette from the cover of Volume One. A bit odd to have an image on the cover that isn’t in the book.

I went with the colophon for the book’s title: most places it’s shown as Jet Scott Volume 2, including the cover. 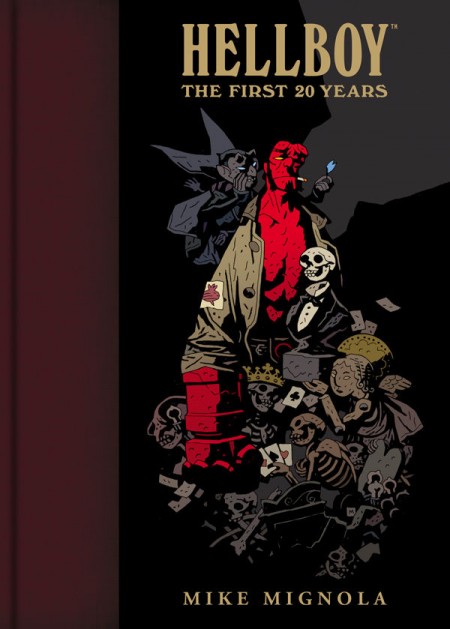