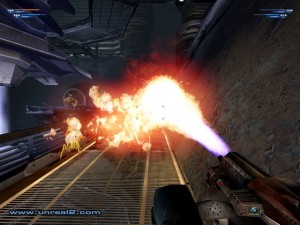 Unreal II is the follow up to the huge first person shooter hit of many years ago from Epic. You run a small ship and get sent on mission killing bad guys. Cut scenes fill in the story, as do refits and mission briefings aboard your ship before each new level. Unreal II is a standard first person shooter: run around shooting things, getting new weapons and solving simple puzzles to advance. Not that there’s anything wrong with that.

What’s brought to the table this time around? Stunning graphics and an immersive environment. I should say that I tested this with my main system, an AMD Athlon 2400+, 2 GB RAM and an ATI Radeon 9700 Pro. High end components, but that’s what’s needed to play with all the eye candy jacked to max.

From the get go you see how beautiful this game is. Wide open levels, smooth animations, naturalistic environments. Flames have to be seen to be believed and appreciated. Sounds effects add to the overall “immersion” and do their job, as does the music.

Like most first person shooters, Unreal II is best appreciated at night in a dark room. Unfortunately this one is too much like all the rest; nothing really innovating or new to advance the genre. There’s no demo, but check out the website at www.unreal2.com and have a look see.

This article originally appeared in L.A.I.D. Magazine May 2003 issue. 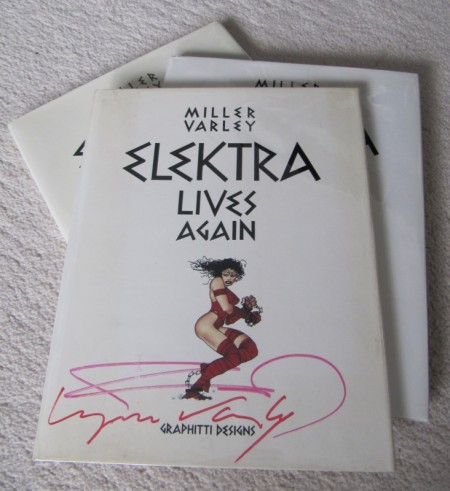