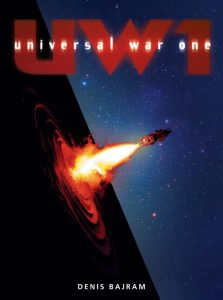 Humanity has colonized our entire solar system. In the middle of a civil war between the core planets and distant outlying planetary settlements, an immense black wall appears, cutting our solar system in two. The black wall absorbs all light and matter, and it’s up to a band of disgraced soldiers to investigate the phenomenon.

A dark space adventure leading to the story eating its own tale so to speak. What starts as a classic 1990s space rush to stop extinction moves through time travel and its trappings. The set up is excellent, with a small cast and a slow exploration of each as the story unfolds. 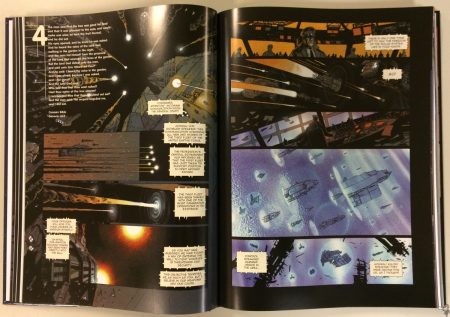 Strong visuals and a thematic approach to colour. It immediately has the look of a foreign or non North American comic, but that’s a good thing. Bajram has a slight Windsor-Smith vibe going with the characters, with not a lot of facial expressions; people are mostly frowning. Lots of shadows. 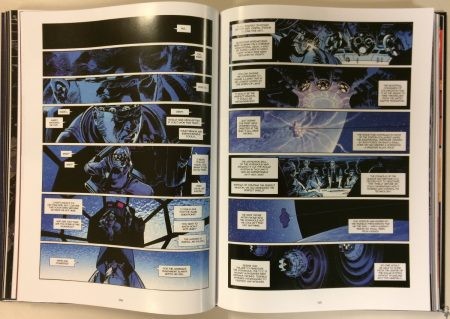 Page and panel layout is all over the place: whatever is needed to tell the story. Small panels in sequence to give rapid events or dialogue, dynamic space scenes taking the entire page with action panels overtop, and everything in between. It works. 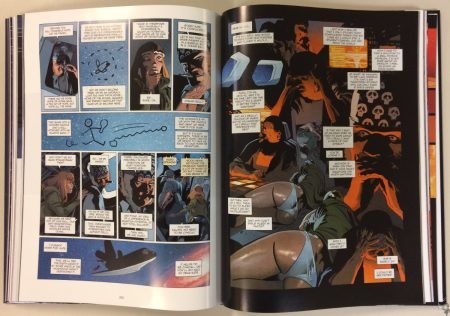 Being the work of one man over eight years and six individual albums, Bajram’s style makes jumps, and is almost jarring when coming into the fifth chapter, Babel. It’s a drastic change in look, from character shapes and inking to a digital colour palette. 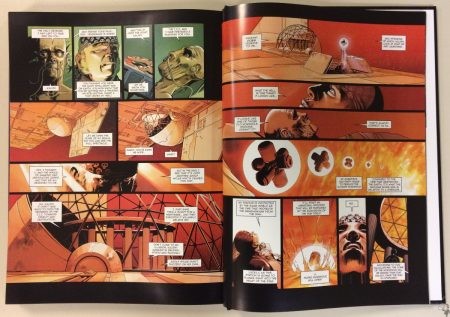 Being the work of one man over eight years and six individual albums, Bajram’s style makes jumps, and is almost jarring when coming into the fifth chapter, Babel. It’s a drastic change in look, from character shapes and inking to a digital colour palette.

This is a new translation of the original French material which ran from 1998 to 2006. Marvel previously published it as six volumes in 2008-2009 through their partnership with Soleil and later collected it in two hardcovers. This is a superior presentation over the previous Marvel books. This is a larger format, collected in one volume at a decent price point.

This translation contains numerous spelling and grammatical errors. Not sure why it required a new translation; perhaps Marvel holds the rights to their translation. That is the only detraction from an otherwise engaging and entertaining work.

Sewn binding, no dust jacket, thinner glossy pages with no bleed through. No extras or introduction. A straightforward and solid collection.