Blast from the past: originally published July 26 2002. 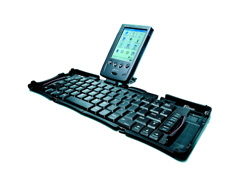 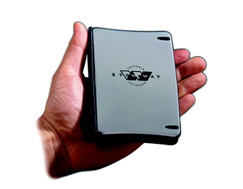 I’m enamored by the idea of the PDA, or personal digital assistant. I bought a Palm IIIxe a few years ago and found it fit well for keeping my schedule, listing contacts and playing games. The batteries lasted two months and it was easy to use. Yet my life evolves around computers, so I move from my work PC to my home PC without the need for something in between. Of course there are those times when you’re in the field, at a conference or show and need access to a computer. Here’s where in my case the PDA falls short, and I carry around my trusty IBM z50.

With the new colour Pocket PCs released last year I was drawn again into the PDA mystique. Luckily HP was having a promotion to get a free Jornada 547 and I received one, as it was being discontinued. What do you want for nothing? It was colour, ran a ton of software and had a rechargeable lithium ion battery. It worked wonderfully but fell into my problem of not being needed all the time. I took it along with me on trips, but found I needed to type letters, emails and articles and missed a keyboard. Writing an article using character recognition is not the way to go.

Perusing for Jornada accessories I came across the Targus Stowaway Portable Keyboard. I remember reading about it being developed for the Palm platform but promptly forgot. I checked one out at a local dealer and decided to get it. It fit perfectly into my need of a standard PDA for travel, along with keyboard input when needed.

The two pictures accurately illustrate the Stowaway: fully opened on the left and stowed on the right. To open the unit you press the latch, pull it open and push in the two sides of the keyboard until they click. Pull out the PDA stand from the top left and sit your Jornada onto the connector. It’s that easy. To close you pull the sides and fold the unit until it clicks shut. It weighs half a pound and when folded is the same dimensions as my Jornada.

Installation is almost non existent. Install the application from the CD and sync your PDA. Targus suggests in the manual ( yes I read them ) to connect your PDA to the keyboard and then turn it on.

Usability is straightforward as well. The keys are smaller than a standard keyboard, but have a good feel. Mind you the literature says the keys are exactly the same size as a standard full sized keyboard it felt smaller. The first few times I found myself hitting CAPS LOCK instead of A. You get used to it after an hour and wonder what you did without it. PDA keys have been added to the bottom row and to the right, so you can work the applications without having to use the stylus too much. The only drawback is the need for a flat surface to use; on your lap it sags in the middle.

Targus gets these from the same place as Palm gets theirs. Stowaway keyboards are available for iPaq, Jornada, and most Palm models. If you need to enter a lot of data into your PDA sometimes, then it’s worth carrying a Stowaway keyboard.