Blast from the past: originally published October 19th, 2001.

I love the expansion pack. Take a game I’ve spent hours enjoying, add more to it and let me enjoy it for more hours. Not much new to learn, just more of the same good times with more added. I had laboured for countless hours playing Sudden Strike, an RTS ( real-time strategy ) title set in World War Two. For a full rundown check out my review.

Let’s get right to it: what does Sudden Strike Forever bring to the table? The biggest items are difficulty levels, a ton of new units and new map types. Also of note are new multiplayer games and maps, the separation of Allies into Britain and the United States, movement types and better experience handling.

As I played through the original, I found myself reaching a map with each side where no matter what I couldn’t win. Now the option of selecting difficulty allows some latitude, choosing between easy, medium and hard. Truth be told, I’m still having trouble on the easy setting. Sudden Strike requires a commitment from its players; you can’t expect to proceed through the game without learning its secrets. 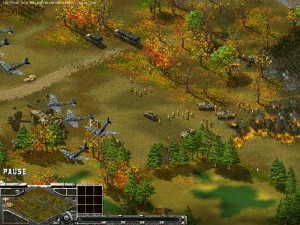 If you thought the number of units was dizzying before, prepare yourself. More than 30 new units have been added, balancing out the sides and providing unique items to each force. Along with the new weapons is the ability for vehicles to back up, which was a real pain in the original. Now you can reverse and fire on oncoming enemies.

The new map types give some variety to the terrain. Battles take place on deserts, plus summer, winter and autumn. It’s a small thing but it breaks up the maps.

As with any expansion pack, new missions have been added. Twelve single-player and twenty multiplayer bring some new challenges. Multiplayer maps had been about capturing zeppelins to gain reinforcements; now you can play with a set number of troops and not worry about dashing around the map with empty supply trucks trying to hold every zeppelin.

Previously officers added a better line of sight to units; now they add experience to any troops close to them. As well officers can use their binoculars for determining the field of view. 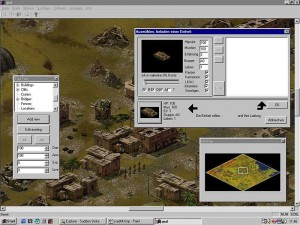 Something many will appreciate is a map editor. While I don’t enjoy tinkering much, the number of maps available on the internet indicates I’m in the minority. Customize to your heart’s content; a ton of options available here make designing custom maps each to do.

To bottom-line Sudden Strike Forever is to say it adds more of what you enjoyed in the original. If you had a good time before, get this title.