Blast from the past: originally published June 1st 2001.

Being a computer technician and networking professional, I have quite a few computers at home. The problem is what to do with those old Pentium machines that just can’t keep up with today’s games. About the time I was contemplating all this two entertainment phenomena’s hit the big time: DVD movies and MP3’s. I of course wanted both, but didn’t want to shell out the big bucks. Then it hit me: use an old Pentium PC as an “Entertainment” computer to hook to my television and receiver.

I needed to get a PC set up with DVD and MP3 playback. Digging around I found an old Pentium 133 MHz machine with a 1 GB hard drive and 32 MB of RAM. Further investigation led me to a Sound Blaster 32 ISA, a Pioneer 2x DVD SCSI drive and a 15” monitor. This was almost everything I needed; most software DVD players require a processor of at least 400 MHz to get 30 frames per second decoding, and I was woefully below that. DVD movies are compressed with MPEG encoding, so a decoder is required to play them back. 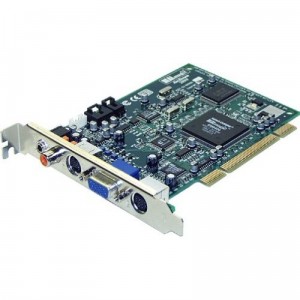 I did a little searching and bought a RealMagic Hollywood Plus MPEG decoder; it does MPEG and Dolby Digital decoding onboard, has S video and a bevy of connectors. This beauty would handle all my movie requirements with ease; all it lacked was a remote control, which is now available as well for $30.

Now all I had to do was bring everything together. I installed the Hollywood Plus, Sound Blaster 32, a Linksys 10/100 network adapter, DVD drive and Adaptec 2940 SCSI card into my Pentium 100 machine. The SCSI adapter is needed to hook up the SCSI DVD drive, and I had it lying around anyway. The sound card, SCSI adapter and computer were all circa 1995 equipment, with the other bits a few years newer. I installed Windows 98 SE without incident; everything was supported by default drivers except with Hollywood Plus, so I installed the drivers and was set up. Windows 95 would probably perform better on this system, since each Microsoft OS requires a little more juice, but since this PC would only be handling one task at a time I went with the current home OS.

The Hollywood Plus comes with it’s own player, but I needed something for my MP3 files. I downloaded Music Match Jukebox to do the job; it has a clean interface and is easy to use. As I said before all my music files (MP3s and WMAs) reside on my server, so I pointed Music Match to the shared drive and it found them all and compiled a music library.

At this point everything was working properly on the PC, but I needed to get video and sound out to my television and receiver. For Dolby Digital sound you need to use the optical output from the Hollywood Plus, so I connected that to my receiver. As well I connected the SVHS output to my receiver’s VCR input along with the sound. I don’t have a 5.1 speaker system yet so the VCR input would take the Dolby Digital signal and put it to the two speakers I was using, albeit without surround sound.

For digital music playback I hooked and a cable from the line out port on my Sound Blaster 32 to my receiver. Quick and easy. At this point I was watching DVD movies and listening to my music collection all through the use of a computer “too old” for most. I leave this machine on all the time in sleep mode, that way I can get to my music fairly quickly. As well I use an online TV guide since the machine is beside the television.

Some notes on the setup as a whole. The most important point is that the only item I had to buy to get this going was the Hollywood Plus card; everything else was lying around unused. I would have liked to use a PCI sound card since it’s much less taxing on the CPU, but I didn’t want to spend any money. As well current PCI sound cards will decompress MP3 files onboard, instead of using the CPU. For most users an IDE DVD drive will be what they have or purchase, but again I had this old 2x drive sitting around collecting dust. SCSI is a good choice for older systems since the SCSI adapter handles the data transfer chores, but the added cost isn’t worth it for this project. I keep my music files on the server, but most users won’t do this. A nice addition to this project would be the biggest 5400 RPM hard drive you could afford; keep all those music files at hand. A monitor is a must, but it doesn’t have to be more than a 14” model you picked up at a garage sale for $30. You’re only looking at it to hit “play” most of the time.

Let’s look at cost for this project. A used Pentium computer with sound card, CD-ROM and monitor can be had for less than $200. A DVD-ROM drive will be around $100, and the Hollywood Plus card is approximately $80. $380 for an entertainment PC is not unreasonable by any stretch of the imagination.