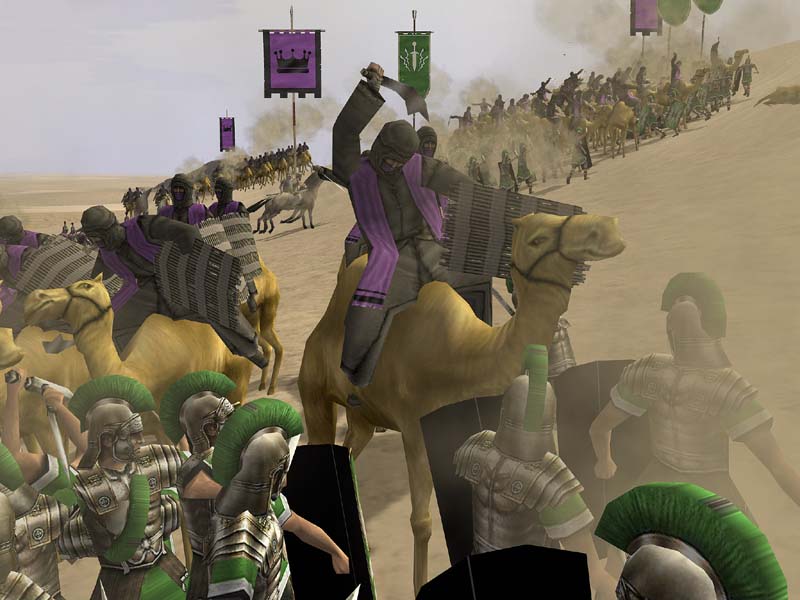 Rome Total War ( RTW ) is the best game I’ve ever played. There, I said it. I could quantify it by saying I love strategy games and this is the best of that genre, but the first statement holds true. Creative Assembly’s last game Medieval Total War also received a glowing review from yours truly. A combination of turn based strategy and real time strategy bridge genres and make a compelling title.

The time is more or less the rise of the Roman empire. You choose one of three houses and receive missions from the Roman senate. They’re basically the same, but each goes in a different direction: red goes north, blue goes south east, green goes south west. You will face the various empires of the time: Carthage, Egypt, Greece, Macedon, Gaul, Britannia, etc. As the game progresses the Roman empire has some upheaval and you’re forced to unite the three houses under yourself and conquer the known world, or fifty provinces ( territories ) in the game and hold Rome. As you crush empires, conquering all their territories, they become available to play should you like to play again and again as I seem addicted to doing.

The game is made of two parts: a map turn based portion and a real time strategy battlefield. You administer your territories, build units and new buildings, upgrade and such from the map and then as you move armies into conflict you go to the battlefield and command.

The strategy map shows all territories and is colour coded based on empire and what is visible. That’s right, fog of war covers everything you don’t have troops close to. From this map you lay out your conquering, build troops and buildings, assign governors and collect taxes. As well family members are born and come of age to join you, marriages are proposed, treaties and demands from other empires received, and the list goes on. Each round you receive a list of items that occurred and must be dealt with. 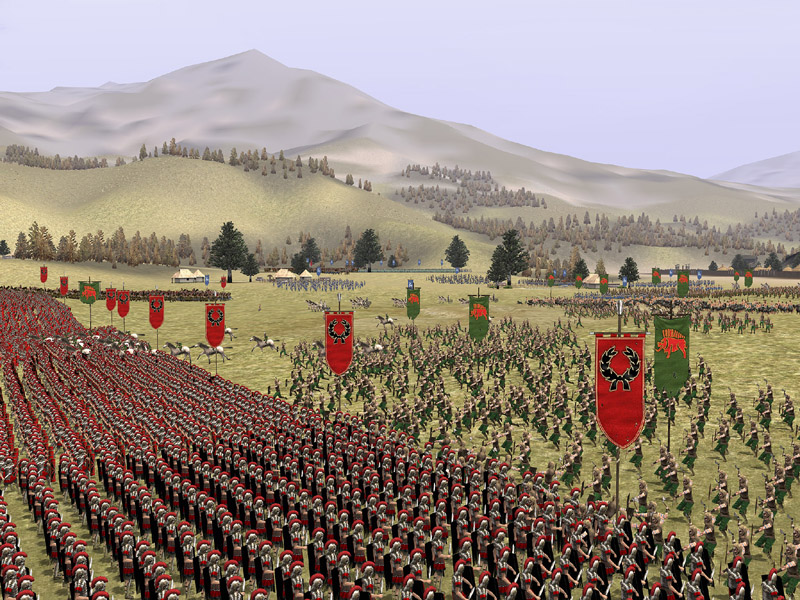 As you expand into new territories the day to day dealings really start to add up, but they’re important to the game. Each territory has a city that must be captured to take control and add that territory to your empire. You can have “advisors”, i.e. the computer, handle these for you and just do the battles, or you can handle everything yourself and let the computer handle the battles for you, or be the complete do it yourself kind of person.

This leads us to the battle map, and the rich graphics shown in our screen shots above. Yes, they are screen shots: you can zoom all the way in to get amazing detail and then pull back to get a total battlefield handle on your troops. Your troops are broken into regiments ( squads ), size depending on troop type and empire you’re playing. Each squad is represented by a banner along the bottom of your screen. Click on the units themselves or their banner to move them and give orders. If you’ve played a RTS before you’ll be right at home here, with easy direction and grouping for your army. When you hit the battle map troops can be arranged and then it’s go time; luckily you don’t need frantic mouse clicks to win. I found myself zoomed out most of the time covering the entire battlefield, but the lush graphics beg for zooming in to see details up close and personal.

In the early game resources are tight and every troop is needed, so it’s imperative to command the battles yourself. Later on let the computer handle your battles if you want the game to move at a decent pace; I found myself dedicating sixty to eighty hours to win the game per empire. Needless to say replayability is very high.

Since the objective is to conquer, you need money and troops. The way to get more of each is to keep upgrading your towns and cities, getting better units and bringing in more cash with trade and production. Trade is key and comes about through your own empire or by signing a trade deal with other empires. This is a great boost but you can get the big hurt if your trading partners declare war and you lose that revenue stream. 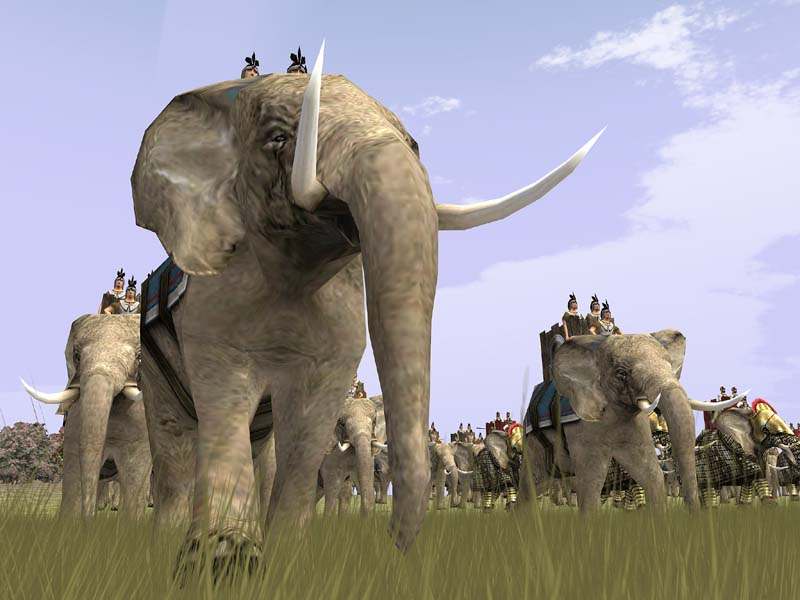 This brings us to another facet of RTW: the sea. Every territory bordering water can build a dock and produce ships. Sea trade is available to all territories you are trading with, but the farther they are away the less money you’ll bring in. Trading vessels aren’t needed and can’t be built. This gives warships two purposes; keeping your own ports clear of enemies and dominating their economy by blockading their ports. Unfortunately you can’t fight naval battles and must let the computer handle them.

The other half of total victory is troops. As you develop cities you get better units falling into four categories: melee, ranged, cavalry, artillery. These vary greatly by empire, and around the half way mark of the game you’re at the elite units and building the best you have. Troops that survive encounters gain experience and fight better; this is the incentive for you to bring troops back to cities and retrain your regiments, filling in the dead with new recruits. Plus it’s a lot cheaper to retrain a regiment than building a new one.

A few tips for new players. Cities must be sieged, and this takes up to eleven turns based on it’s size. If you attack with artillery you can enter the city that same turn; it costs you in troops but you immediately can get that territory. To build troops and buildings in cities where you don’t have a governor uncheck the manage buttons for that city.

I loved this game and recommend it to anyone looking for an enjoyable PC war game. It transcends genres and deserves a look by all PC gamers.

Editors note: this review was migrated from the old eBabble.net site and the photos updated. Originally published July 15th 2005.