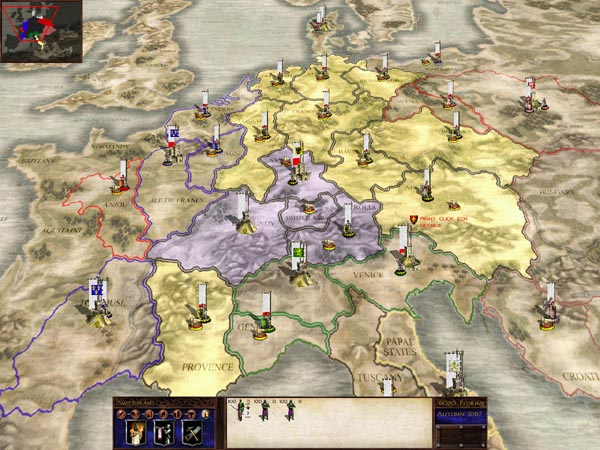 I think most game players are familiar with the two concepts of Medieval: Total War that make it such a compelling and enjoyable title. Take the turn based play of Risk ( or Axis & Allies ) and add real time combat. This simple idea of combining real time strategy with turn based strategy games makes this second title from the Total War series a must have

A few years ago Creative Assembly developed their first title in the series, Shogun: Total War. It was a huge hit and won a ton of awards for melding the two genres. Shogun focused on feudal Japan and was great fun, spawning an excellent expansion pack. I just saw it at Costco this week for $20; if you haven’t played it grab a copy. 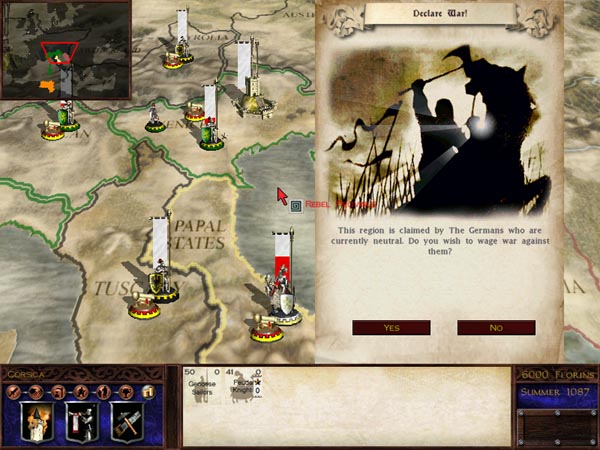 Late last year Activision released Medieval: Total War. This time around you’re one of twelve rulers of medieval Europe, western Asia or North Africa. Basically the known world at that time, to the Europeans anyway. The game’s timeline is 1095 to 1453, broken into three periods. You choose an empire to play and a starting age, then get to it. You can play a regular campaign with you as ruler, or play an historical campaign such and you play someone like Joan of Arc or Genghis Khan. The regular campaign leaves a lot of room for preference, and the historical let you relive some great history. A word of caution: I find myself spending 30-40 hours on a campaign, so be prepared. If you want something fast, you can play a single battle.

Medieval: Total War is all about balance. To succeed you must balance economy, diplomacy and military. Everything has to work together for you to get anywhere. A great tutorial walks you through the basics of the game, enough for you to get comfortable. 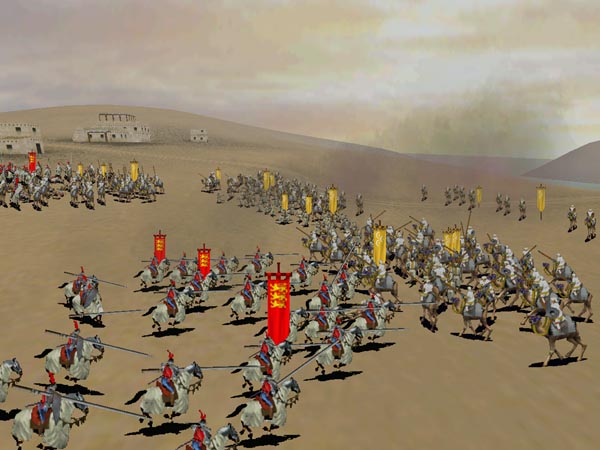 Most of your time will be spent on the strategy map. This looks a lot like a Risk board, where you position and move your armies, ambassadors and emissaries. Each province has to generate income and troops: to do so you construct buildings such as gold mines, troop training, forts and castles, farms, sea ports, etc. Without income, troops can’t be trained and no construction can take place. You can establish treaties and temporary peace with your neighbours to limit fighting on more than one front, through diplomacy, marriage, bribes or threats. Nothing like marrying off your daughters to buy some time.

Eventually diplomatic means will be exhausted and you will need to fight. You’re presented with two options: let the computer resolve the battle or take command on the battlefield yourself. Even though I enjoyed the battles, I let the computer resolve most of them for me to save time. To win you’ll need an even balance of troop types: foot soldiers, missile weapons, cavalry and assault troops. You’ve been lulled until now into thinking building a ton of crack troops can kick ass anywhere, a la Age of Empires or Command and Conquer. That just won’t work here or on a real battlefield. 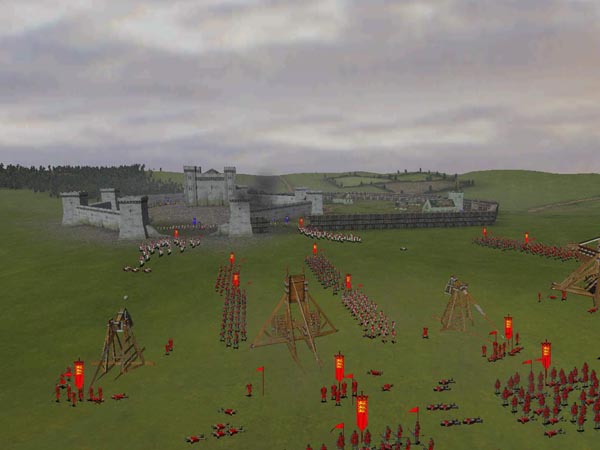 Once you take control yourself and hit the field, you control squads of men, not individual troops. This is pretty straightforward and easy to get the hang of. Play a few practice battles in the tutorial and you’ll be ready. You begin by placing your formations and then starting. The graphics here are top notch, and you can zoom in and out to examine the detail or pull back to see all the action. Sounds are good, enough to give you a sense of immersion but not distracting.

I’ve only skimmed the surface of this great title. It’s been available a few months now, and I’ve been behind the curve here. Medieval: Total War is well worth the price of admission, if you’re a strategy fan. Don’t take my word for it: grab a demo and try it yourself.

Editors note: this review was migrated from the old eBabble.net site and the photos updated. Originally published January 17th 2003.