I’m a lifelong Howard Chaykin fan.  In the 80’s I discovered American Flagg! and never looked back.  He has a unique storytelling style that appeals to the teenager in all of us.  His art has shifted over time: I’m not sure why all his male characters are becoming wider.  Recently he completed a story for Marvel using an old character Dominic Fortune who was a retread of his Scorpion character for a failed publisher that he brought over to Marvel in 1975.

Dominic Fortune: It Can Happen Here And Now is a trade paperback collection of the mini series four issues.  Here’s the publisher’s blurb:

The depression’s going strong, so when Dominic Fortune is hired to bodyguard Jock Madison, Vaughn Lorillard and P.T. Oakley, three drunk and disorderly Hollywood stars, he jumps at the chance to pick up what looks like a few easy bucks, and maybe have a few laughs in the bargain. But when the trio of old school hambones and horndogs prove to be a bigger pain than he anticipated — and he accidentally stumbles across a conspiracy headed by mysterious American businessman Malcolm Upshaw and Delatriz Betancourt, the recklessly sexy granddaughter of Confederates who fled Reconstruction for South America — Fortune finds himself in hot water…with the fate of the USA at stake. This volume also includes stories from Fortune’s earliest days in the Marvel U and Howard Chaykin’s Dominic Fortune digital comic, for the first time in print! Collecting DOMINIC FORTUNE #1-4, DOMINIC FORTUNE DIGITAL COMIC #1-6, MARVEL PREMIERE #56 and material from MARVEL PREVIEW #2. Explicit Content …$19.99 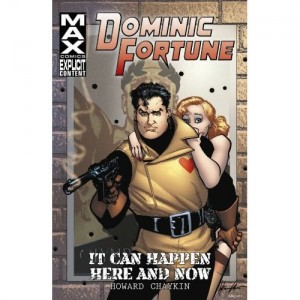 That’s basically the whole story.  It has a mature content for a reason: the usual Chaykin raunchiness is every present.  Dominic is deep in sex, religion and politics as he battles Nazis and white supremists in 1930s America and Germany.  It will definitely appeal to Chaykin fans but we’re not breaking new ground with this story.

The Dominic Fortune digital comic is terrible: the story doesn’t go anywhere but mention other Marvel properties and the art is shot from coloured pencils with no inks.  I read it since it was part of what I unwittingly paid for but am worse of for it.

Marvel Preview #2 is Dominic Fortune’s first appearance and is classic 70s Chaykin and a fine read.  Marvel Premiere is an early colour appearance but Chaykin only did the art layouts.

All in all an odd assortment of material: I would have preferred just the new story with a lower price and a collection of early Dominic Fortune material on it’s own. 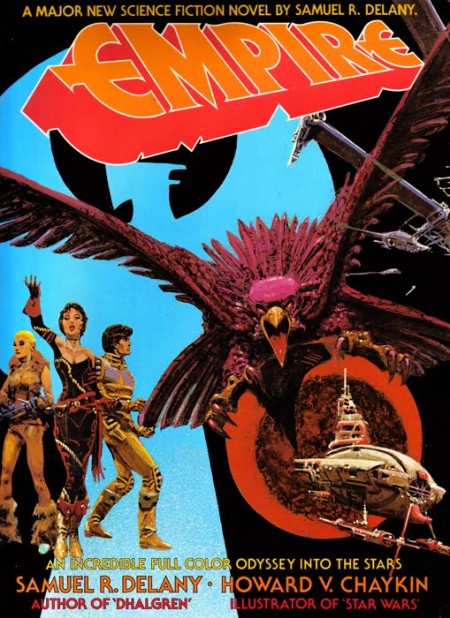