Giant steampunk robots terrorizing London: what’s not to like? 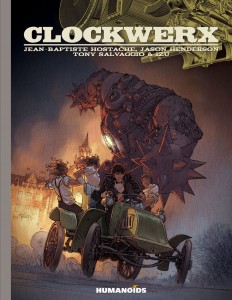 London, 1899. A series of mysterious deaths on the shipping docks have an ex-Scotland Yard officer on the hunt for clues. What he uncovers is a war between a huge corporation and a renegade group of individuals, with both parties fighting for a powerful new energy source.

A cross-Atlantic collaboration between American authors Jason Henderson and Tony Salvaggio and French illustrator Jean-Baptiste Hostache, Clockwerx is a non-stop Steampunk thrill ride as captivatingly drawn as it is written.

A group has discovered a metal that can power machines so they design and develop giant robots. The designer of these machines realizes her mistake in placing her trust in this shadow group and steals a bunch of them to take down this even organization. Good versus evil ensues. 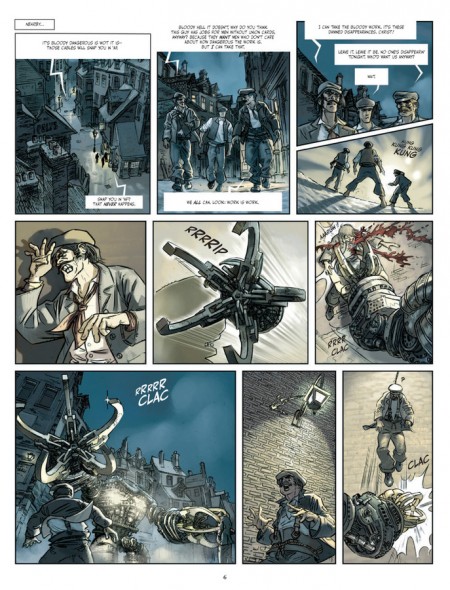 Victorian London steampunk with giant robots called clocks, giving a best of both worlds look into a popular era backdrop and today’s love of mechs. A mysterious metal called Lucifernium that can power anything: no foreshadowing with a name like that.

It’s a clever twist on the familiar premise of an “oh no, what have I done” moment that leads to solid adventure. And that’s what this creative team delivers in spades: page after page of intrigue, action and suspense. Two groups, each with a strong and charismatic leader, bent on the other’s destruction.

The art has that strong bandes desinee feel and for good reason: Hostache is French. It’s clean, detailed and straightforward. Panels vary in size and order depending on type of scene: rapid small boxes for dialogue, wide and stacked for action. It’s a period piece and the costumes and backgrounds fit with what one expects. And there are a lot of details in those backgrounds: be sure to drink them in. The colours play very well with the tempo and environment, providing strong contrasts as the story moves from location to location. They do have a digital feel, but it’s rare to encounter colour comics today that aren’t done digitally. 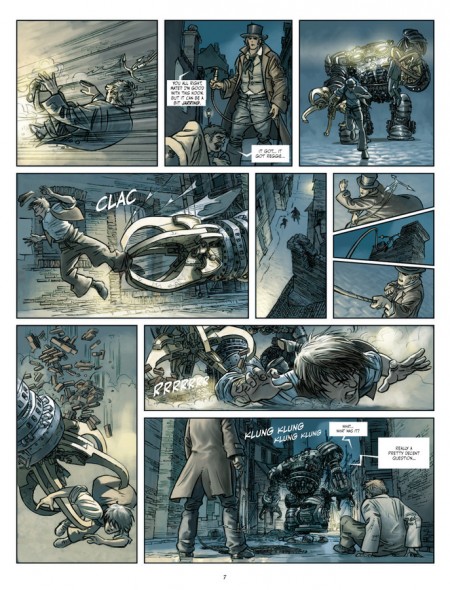 The story feels like it’s going in many different directions that don’t completely adhere, most likely caused by having three writers. Having an ex cop stumble in the mix and then providing quite a bit into his background doesn’t add much to this volume, but could lead somewhere in future editions which the last page strongly suggests. And why our heroine loses her arm and her boyfriend by page fourteen makes no sense: she’s in no way hindered by the loss of a limb and the lost boyfriend is only there to justify the ex-cop getting added to the group. 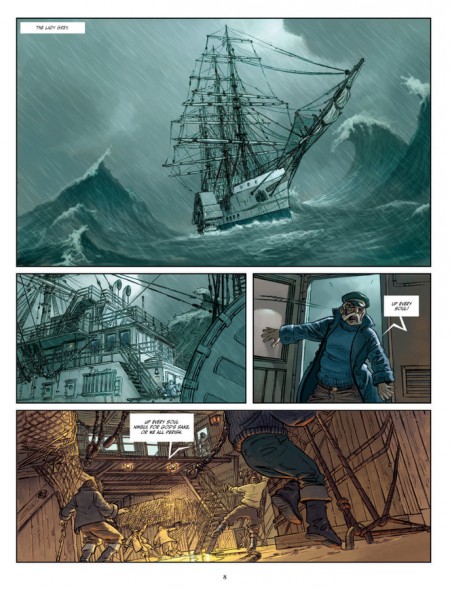 A beautiful job on the hardcover: solid binding, silk bookmark, lays open at any page for easy reading. Plus there are extras for I believe the first time in a Humanoids book: colour tests, pencilled pages and inkss in a section called “The Making Of Clockwerx”. It’s a fun romp; just don’t analyze it too closely. 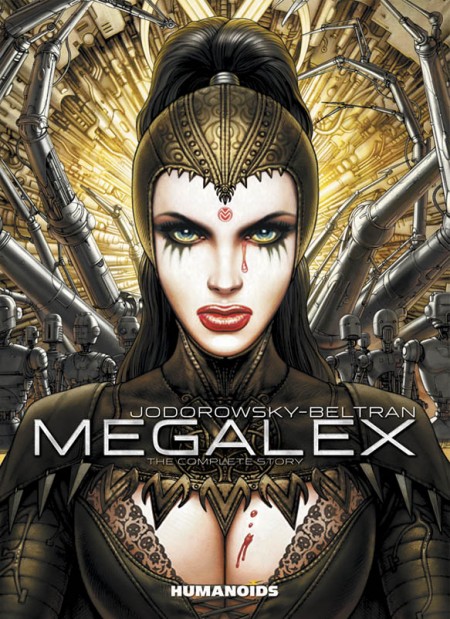