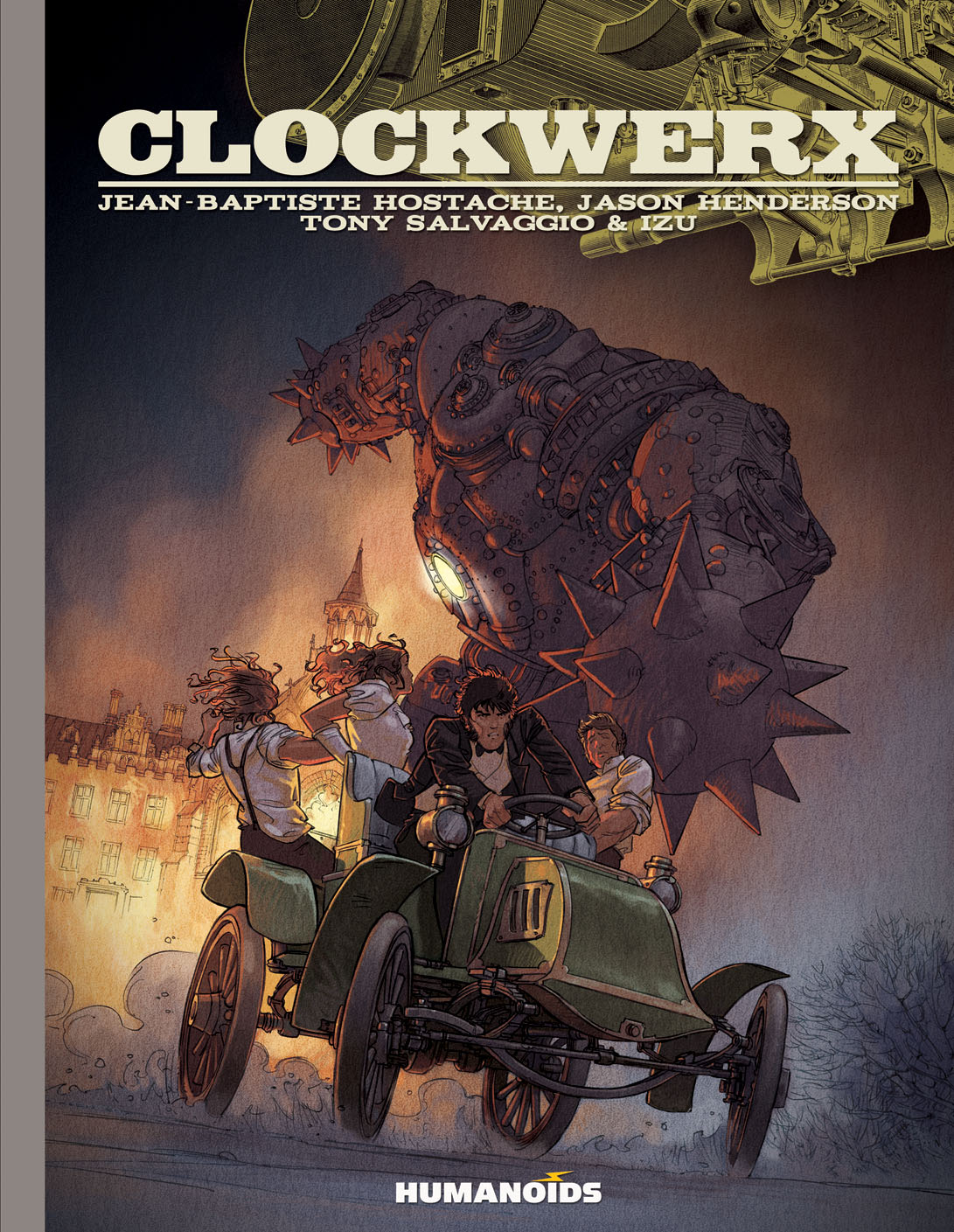 Giant steampunk robots terrorizing London: what’s not to like? London, 1899. A series of mysterious deaths on the shipping docks have an ex-Scotland Yard officer on the hunt for clues. What he uncovers is a war between a huge corporation and a renegade group of individuals, with both parties fighting for a powerful new energy source. A cross-Atlantic collaboration between American authors Jason Henderson and Tony Salvaggio and French illustrator Jean-Baptiste Hostache, Clockwerx is a non-stop Steampunk thrill ride as captivatingly drawn as it is written. Jason Henderson (Writer) Tony Salvaggio (Writer) Izu…read more