Started to experience a different error with a group of Hewlett Packard DX2200 PCs; earlier I discussed at length [intlink id=”1456″ type=”post”]odd SATA issues[/intlink].  I powered on a DX2200 and it started a rapid beeping, like when you hold a key down on your keyboard.  I had experienced this over the years with defective keyboards so I replaced the keyboard but the issue persisted. I removed the keyboard and tried again with the same fast beeping.  I then removed all cables except for power; same thing.  Opening the PC up I removed the hard drive and optical drive from the mix but the beeping continued. 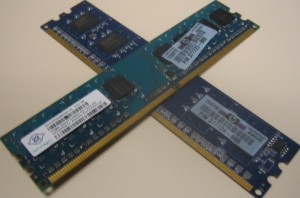 Since then this has occurred three more times and reseating the RAM corrects the issue.  Hmm.