about three months ago. I had been purchasing random cookbooks for years, mostly discount books filled with step by step instructional recipes. This was my first topical cookbook that required you to read it front to back, as it exposes the reader to Charcuterie from a basic to moderate tasks. Once you get through it everything makes sense: we’ve been curing meat for storage since we harnessed fire (or since Prometheus gave it to us, to each his own).

After my initial read I tackled cured and smoked bacon and have done about a dozen or so bellies since. I also made pancetta, an Italian cured bacon that’s rolled and hung to dry. The first one turned out good, but my kitchen wasn’t humid enough. This spring I purchased a whole pig from a local farmer so I could get great cuts like jowls to make guanciale. The pig jowl is very fatty with a thin layer of meat used most prominently in spaghetti carbonara. It’s prepared the same way as pancetta: a spice and herb mixture is applied to the jowl and it sits in the fridge for a few days, then it’s hung to dry.

For this I picked up a hygrometer to measure humidity and temperature around the house: unsurprisingly the cold room had the best temperature and humidity levels, 50 degrees and sixty percent humidity. I put the jowl in a cheesecloth sling and hung it for three weeks. When I took it down there was some green mold on part of the surface where there was meat and no fat: the exposed fat surface had no mold. I brought it to the kitchen and cut off the mold and sliced a bunch up to eat. Very similar to pancetta: a good pork flavour. 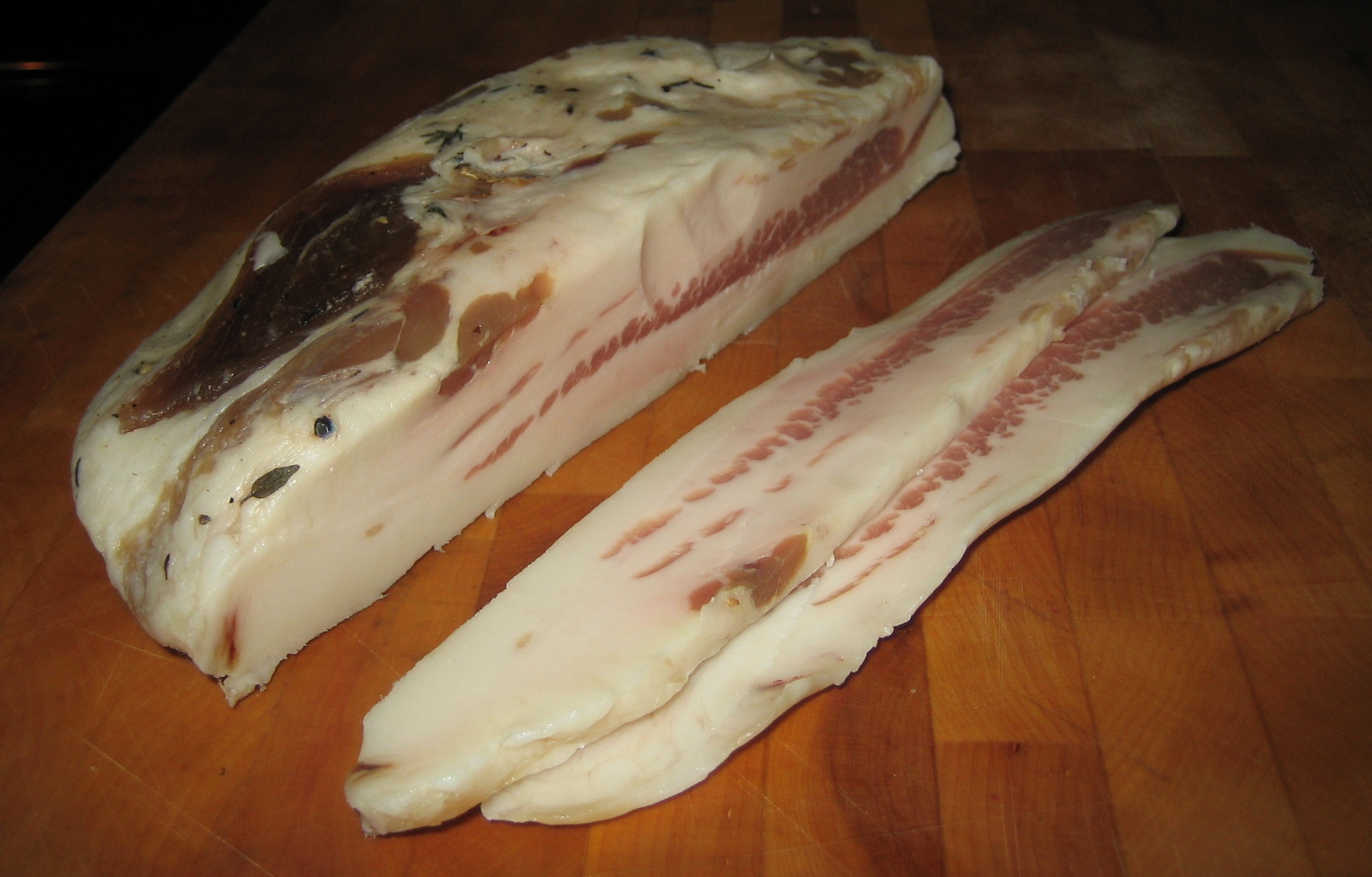