About two weeks ago I experienced some PC troubles.  I came back to my desk to find my PC locked up: the screen had rows or red dashes running over everything else.  I power cycled the PC but now those rows or dashes were white and came up immediately.  I powered down again and took the side off my case to get a better look at anything going on in my system.  Powered the PC back up and the same video issue: everything was running fine, all fans spinning, nothing hot to the touch.  So not heat related. 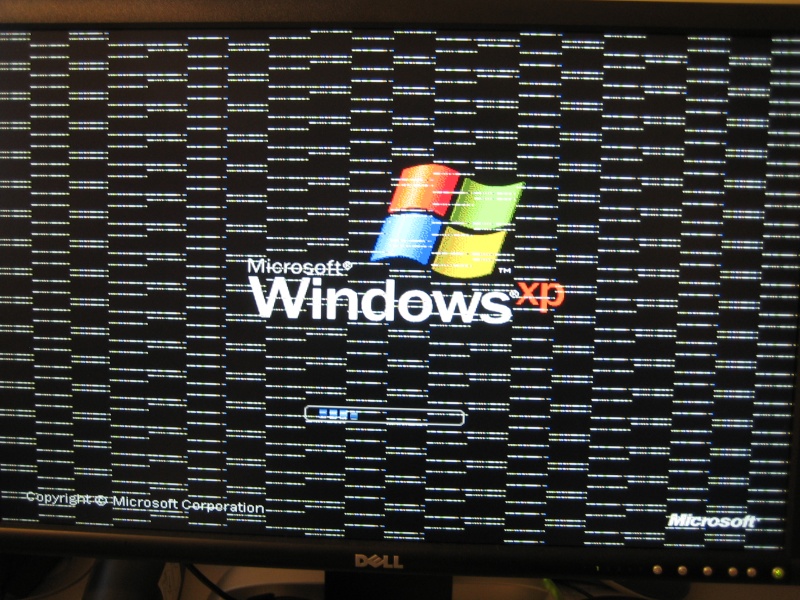 Dug around for a spare PCI-E video card and came across my Geforce 7600GT.  Removed my 8800GTX and replaced it with the 7600GT: everything came up with no video issues.  Put the 8800GTX back in but the rows of lines came back, this time with characters randomly appearing across the screen.  At this point it looked pretty cut and dry but I did some Google searches and found the general recommendation for this was to return the card for repair.

I’ve been a loyal eVGA customer for several years and try and buy their products that carry a lifetime warranty.  I have had to return three video cards in the past to eVGA but they are very easy to deal with and have excellent customer service.  I went online to open an RMA and at that point registered my Geforce 8800GTX; I bought it two years ago from Tiger Direct and had the receipt.

I received a response shortly from eVGA indicating my RMA was declined: I was past the one year warranty.  That didn’t make much sense since when I bought the card it indicated a lifetime warranty and it was clearly stated on the box.  I checked online and verified my part number came under the lifetime warranty.  So I emailed back to see what was going on: as with all correspondence I kept it polite and to the point.  I received a response back from a supervisor saying because I didn’t register my card within 30 days of purchase I was only entitled to a one year warranty.  Ouch.

Started digging online and found similar cases in the eVGA forums: I also was able to confirm this as part of eVGA’s warranty information.  I went back and searched the box and manual but couldn’t find anything.  I checked it again and found the information printed on the inside flap of the box: it’s the very small print in white with 30 days slightly larger. 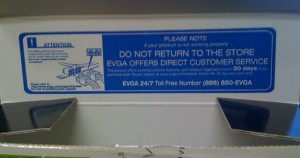 Emailed the supervisor explaining my continued loyalty and that I missed this small printed and obscure notice on the inside flap of my box.  He extended a gracious hand and issued me an RMA: I had a replacement card and to my surprise it was a Geforce GTX 260, as they will replace your card with a better model if none of yours is available.

I installed the GTX 260 and everything booted up without issue.  Tried launching a game and the machine locked up.  Rebooting showed the same rows of lines on my screen.

Since it had to be something else I replaced my Antec Neo HE 550 power supply with an Antec TruePower 550 that hadn’t been used: it was pulled from an Antec Atlas case and put on a shelf.  I didn’t see how it could be the power supply since the system had been running for two years without issue and everything worked with another video card: of course the 7600GT required no additional power while both the 8800GTX and the GTX 260 sucked up the juice.

With the TruePower 550 in place (same 550 watts as the Neo HE unfortunately) the system booted and ran just fine.  I launched Empire Total War and the same old story.  Restarting the system showed the same lines.  I unplugged the video card and the system and left it for a few hours: when I hooked it back up there were no lines and I could boot into Windows, but running anything graphically intensive killed me.  This had to be a lack of power to the video card.  I waited until NCIX started their new weekly sale and ordered a Corsair TX850 since it received glowing reviews, had a five year warranty and had way more power than my system needed.

The TX850 arrived and I installed it: lots of cables and a tight fit, even in my Antec P182.  Powered on the system and no visual artifacts.  Once in Vista I started Empire Total War: for a brief second there were the same odd lines but they went away and the game played smoothly.  I restarted and repeated the process: same brief instant of horizontal lines but everything went well.

For some reason since installing the GTX 260 I get a loud buzz in my speakers: it’s there even if nothing is connected to the PC.  I tried taking the speakers off the surge protection the PC was on but no difference.  I don’t think it’s coil whine since the buzz is loud and constant.  One more mystery to figure out.

Seems things weren’t going so well.  Actually playing a game for a few moments caused visual tearing and the same old lines.  I removed the GTX 260 and tried it in a PC I borrowed from a friend: same issue.  Leaving the card out on my desk for three days and installing it in the borrowed system showed no lines and everything seemed good.  I downloaded 3dMark 06 and got to the second benchmark before the system locked. 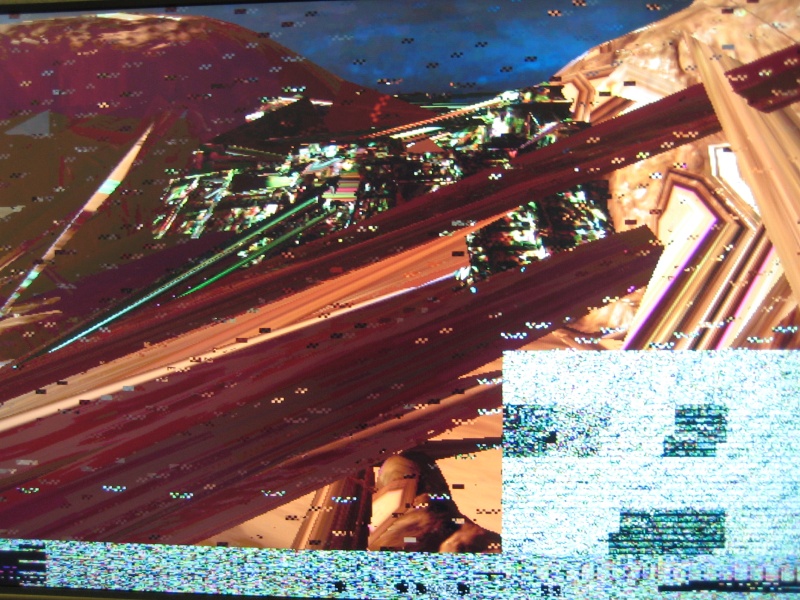 I’ve been reading this week about Nvidia and their soldering issues so I’m hoping a replacement will fix this: a ticket is open with eVGA so we’ll see.  I’d like to believe this whole process hasn’t soured my opinion of Nvidia but I’d be lying.