This second of four volumes reprints in full colour the rare Captain Easy Sunday pages from the 1930s. Roy Crane’s Soldier of Fortune, Captain Easy, fights for gold in the frozen north, is mistaken for a bandit, protects a formula for artificial diamonds, is stranded on a desert island, visits the tiny Balkan country of Kleptomania, and faces a firing squad. Captain Easy hobnobs with millionaires and bums and beautiful girls (of course) and winds up in the middle of a full-scale war. In short, it’s another rousing series of adventure and humour encapsulating the gallantry, derring-do, and rough-and-tumble innocence of a bygone era and a bygone genre, written and drawn with panache, and practically painted in a vibrant spectrum of colours that you have to see to believe.

Special features of this volume include a foreword by series editor Rick Norwood, an illustrated introduction by fellow cartoonist and Crane aficionado Paul Pope, an essay by the late Bill Blackbeard, and a gallery of rare Captain Easy comic book covers.

The stories aren’t formulaic per se, but there is a pattern of Easy stumbling into random circumstances involving wealth, bandits/thieves/mercenaries/soldiers with busted noses, and dark-haired women. These adventures take place in exotic foreign locations, full of bright colours. Nothing is too serious, and Easy is the straight man throughout. The strip is fun, plain and simple.

This volume continues to follow this formula with success, but diverges and strays in wonderful ways. We’re presented with seven stories and each one is fun and bright. But two stories take a different path and lead our intrepid soldier of fortune astray.

The Diamond Formula has Easy on his way home with Belfry, whose daughter he rescued in the previous story. Unbeknownst to Easy, Belfry has a process for making perfect artificial diamonds and is immediately embroiled with representatives of South African diamond mines. They will pay anything to get the formula but Belfry won’t sell so scheming and violence ensue. Belfry and Easy slip out of several close calls but become separated in New York as hoodlums kidnap Belfry and try to wring out his process. Since there is no honour among thieves Belfry is grabbed again by rival hoods. Crane plays the shell game with Belfry and the large cast of bad guys, and it moves very well from week to week. We even get a red-headed moll to spice things up. Easy takes a back seat to Belfry and his game against everyone who wants his formula.

This leads to a few more adventures with wealthy gentlemen, leading to The King Of Kleptomania. Easy ends up dealing with Hoot, a hobo who turns out to be the exiled prince of Kleptomania, who is paid a stipend to stay away. He gets $25,000 every six months and blows it on the best things in life, all shared with his fellow hobos. The money comes in and Easy is swept along for the ride, which turns into a trip to the homeland and an overthrow of the government, putting Hoot in charge. This entire adventure is straight from a Marx Brothers script, but Crane still manages to work a beautiful girl into the mix.

Crane loved to use a panel layout with a close-up of an attractive woman in the foreground looking slightly off-panel while the rest of the panel is following the flow of the page in the background. They’re almost breaking the fourth wall, but not quite. It’s almost a visual break from the action to rest your eyes on something pleasant.

Reproduction is quite good, with some colour and line issues in a few strips. Since this is such a colour forward strip it’s very noticeable when things are faded.

I can’t remember enjoying an introduction as much as Pope’s multipage look at Crane. That with Norwood’s foreword and an essay by Blackbeard and it’s a gripping collection of material before the material we came for. Plus some great Pope art!

The design is direct and works that burgundy from the cover to the endpapers but otherwise keeps things black and white to let the colour of the strips really pop. Chapter dividers with titles are a nice touch, as are the page numbers with strip date. I’m note sure what’s happening with the Captain Easy headers: it appears to be the same black and white image added to the strips except when it was part of the printed strip. A bit confusing for its purpose.

I have a love/hate relationship with the production. Thick matte paper stock in a sewn binding and a cloth spine contrast with a cardboard cover and rounded corners. That cardboard cover separates over time and frays, even sitting on your shelf. Plus it’s uncoated so it will absorb any oils on your hands as you handle it. The front and back cover images are stickers. 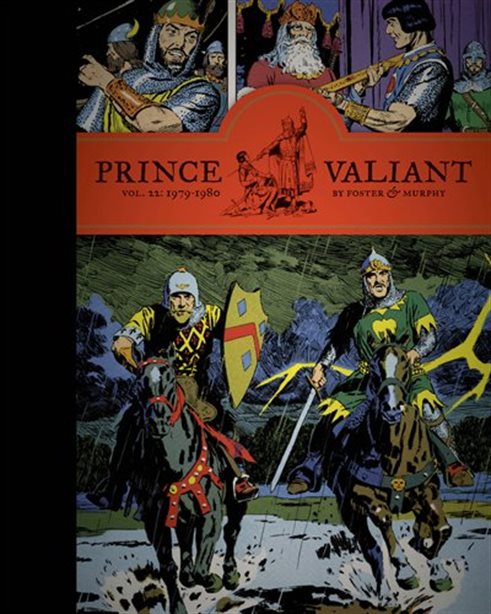 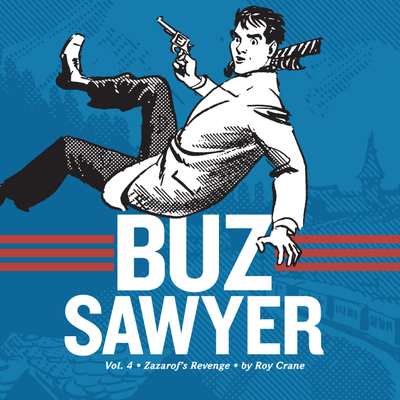