I’m a fan of Humberto Ramos and his very unique art style.  It’s not for everyone but if you’re a fan then you probably pick up all his work.  Which I thought I had until I read somewhere on the internet about Revelations, a six issue mini series from Dark Horse that had been collected into a trade paperback. 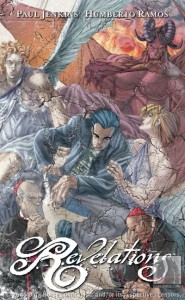 From Paul Jenkins and Humberto Ramos, the best-selling creative team behind Marvel’s Spectacular Spider-Man, comes an occult murder mystery set in the unlikeliest of places-The Vatican.

When the Cardinal next in line to succeed the ailing Pope turns up dead, Scotland Yard’s finest detective, Charlie Northern, finds himself on a plane to Rome with little more than a full pack of cigarettes. With the help of a priest, a coroner, and one beautiful lawyer, Northern must uncover the facts in a place legendary for keeping its secrets. There are forces at work in The Holy See that would see the truth remain hidden-forces ancient and dark, with a power not seen in this world for millennia, and an agenda that will leave Northern’s world more shattered than he could have ever foreseen.

Revelations is a great murder mystery at the Vatican so we’re wrapped in a good amount of religion and mysticism to keep the ball rolling.The story is very engrossing albeit a little clichéd in that our investigator has a past and doesn’t believe anymore, while everyone else is devote.  Dialogue is fast and witty, lots of clever quirks like the fact our protagonist is trying to quit smoking so he curses at every cigarette before smoking. 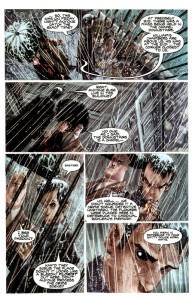 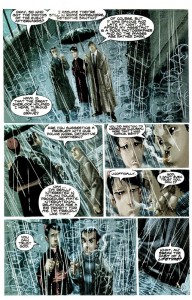 As we go along we’re given pieces of the puzzle but more often than not they’re meant to throw us and Charlie off the trail.  Eventually we make it there but it’s more the ride than the destination.  Charlie develops and unfolds wonderfully as we progress; the instantly likeable rouge.  It’s interesting to compare his appearance from the first few pages to the end; he visually wears down, ragged and drained. 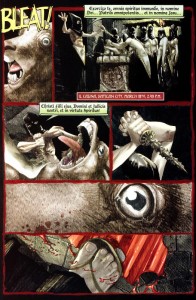 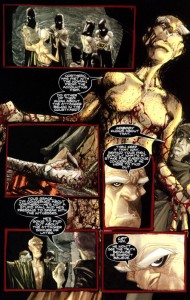 As I said the art is classic Ramos.  The characters have an odd range of eyes: a few characters like Charlie have white pupils and black iris’ while others have hugely expressive saucer-like eyes and the rest look…normal.  It’s an interesting vehicle for facial expression. 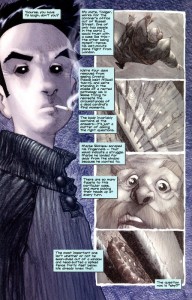 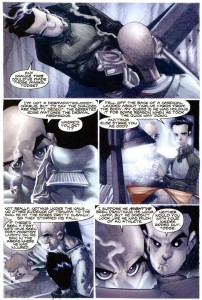 Colour really comes into play and it’s done well, creating extensive mood and environment.  This book is well crafted and could easily be a wonderful film.  I hope to see Jenkins and Ramos step out of the superhero genre again. 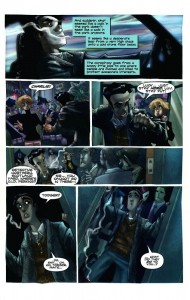 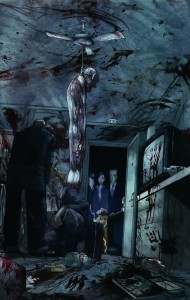 Revelations is a great whodunnit with a likeable protagonist, lots of interesting characters and a nice ending that puts things on their ear.  For extras we have an introduction by Bob Harras and character developments sketches from Ramos at the back.  A solid book with good value.