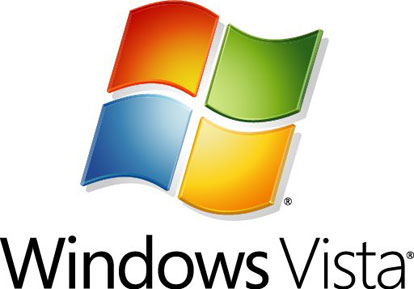 With even a passing interest in computing you would be hard pressed to have not only heard and shown interest in Microsoft Vista but also the deluge of bad press it’s received. Slower than Windows XP! User Account Control a failure! Version confusion! And so it continues. Whatever your feeling, Microsoft has the leading market share for an operating system and has moved to the Vista platform, with XP to go the way of the dinosaur over the next few months.

Of course XP will live on through your old PCs and their hardware that doesn’t really support Vista, just as that old doorstop in the attic has Windows 98 SE. My day job is as an IT manager for a large company that still has thousands of PCs running Windows 2000 very efficiently, but that’s an aside we won’t pursue.

Microsoft invited me to the Vista launch and gave me a copy of Vista to use. It languished on my shelf for months until I did a large upgrade on my main system and boosted my RAM to 4 GB, since DD2 is so cheap right now. Booting into XP after the upgrade showed a little under 3 GB of RAM, which meant the overhead of a 32 bit operating system, my 768 MB video card and other tidbits conspired to work against me.

To access all that lovely PC-6400 DDR2 memory would require a 64 bit operating system. Basically (very) with a 64 bit environment your system can access more than 4 GB of RAM and work faster with current 64 bit CPUs, which really means any current CPU. Requirements are a 64 bit CPU and 64 bit drivers for your hardware. Of course verify all your applications will work as well. For a bit more information check out what Microsoft has to say. Until now no one would worry about more than 2 GB or RAM in their system outside of a server environment, but with cheap as chips pricing on RAM and decent CPUs it’s very doable.

Since this was a major upgrade and having heard so much bad press I decided to get proper Vista 64 bit drivers for all my hardware before doing anything. Drivers for 64 bit Vista must be digitally signed, and since that’s costs companies money it’s one of the hindrances of their release. As well the vast majority of people are using 32 bit Vista so that’s where the priority goes.

I would need drivers for the following: Nvidia 680i motherboard, Nvidia 8800GTX video card, Creative X-FI Xtreme Gamer sound card, Creative Web Cam. I never bothered to install the software for my keyboard and mouse so I didn’t care, and figured my Dell 24” LCD monitor would be fine. Trolling the web snagged drivers for everything but the web cam, which was a $1 after rebate deal that I replaced with a Logitech $0 after rebate deal that supported Vista 64 bit: nice job Logitech. I had SLI going with two Nvidia 7900 GT video cards until my big summer upgrade, and to be fair to Microsoft non-existent SLI support from Nvidia was my main XP holdout.

With full driver support things were going swimmingly. To protect myself against complete Vista hatred I chose to create a new partition on my hard drive and set up my system for dual booting between Windows XP Professional and Windows Vista Ultimate 64 bit. Installation was silky smooth and there I was staring at the Vista desktop. Drivers installed without issue for all my hardware.

First blush Vista is very nice looking; visually appealing in that round and futuristic sort of way. Finding things proved slightly difficult because I’m used to XP; certainly not Vista’s fault. I felt the same way as I moved from any other Windows version. As I worked the system I installed my must have applications: AVG Anti-Virus, Daemon Tools, Microsoft Office, 7-Zip. All available in 64 bit versions or working in 64 bit Vista. Failures were SyncToy (now available in a 64 bit beta) and Medal Of Honor Airborne.

Let’s talk performance: there wasn’t a perceptible performance hit from moving to Vista. I read the articles and blog posts about the 2-10% hit on games that Vista takes over XP, but I can’t see it with my current system. Once I’m over thirty frames per second I want maximum eye candy, otherwise my 24” monitor is going to waste. Since I’m usually over sixty frames per second with my 8800 GTX and most details on high Vista is working just fine. I can’t do a side by side comparison between 32 and 64 bit versions of Vista, but I’m sure getting my full 4 GB of RAM helps out.

After everything was done I was a bit disappointed: with a 64 bit operating system I was expecting something unusual and dramatic. With proper drivers and applications it looked and operated just like it’s 32 bit siblings while providing the benefits that made me want the 64 bit version of Vista in the first place.

We might as well address the major nag everyone talks about: User Account Control. Basically Vista takes security seriously and prompts you to confirm a lot of system changes, which is slightly annoying but can be turned off. Done, next topic.

Microsoft dropped DirectSound hardware acceleration in Vista, hurting Creative and it’s EAX feature. I have had Sound Blaster sound cards since the beginning, and to their credit Creative released ALchemy to restore this functionality in Vista. It’s free for X-FI users and $10 for Audigy users. It’s meant to get pre-Vista games and shouldn’t be a big concern for Vista 64 bit users since most of those old titles won’t work anyway.

The big wrap up: Vista is good. It’s new and a bit scary, but it’s the future. Vista 64 bit is worth the jump if your hardware and applications are supported. RAM is cheap right now so bulk up if you’re moving to 64 bit. Dual booting XP and Vista 64 bit is a great way to embrace the new while keeping one foot in the old. For application and game incompatibilities it’s great to jump back to XP, but these issues will fade away soon enough. If it’s strictly an application issue install a virtualization product from Microsoft or VMWare: they both offer free products and are worth a look.

Side note: dual booting brings up the boot menu, which features Windows Vista and “earlier version of Windows”. Why couldn’t Microsoft just name it Windows XP, 2000 or 98 SE: they clearly know what “older version” you’re dual booting with.