The second of four exclusive volumes, authorized by the Edgar Rice Burroughs estate, collecting the entire run of the legendary Tarzan comic strip by one of the most influential artists of the 20th Century, Burne Hogarth (with Don Garden). Titan, March 2015 ISBN 978-1781163184 192 pages, 10″ x 13″ $39.95 USD Order online: Amazon, Indigo I’m a little behind in my reading, having reviewed the first volume in 2014. These stories appeared between May 1940 and October 1943, so my delay can’t be compared to these strips’ antiquity. And I don’t know if…read more 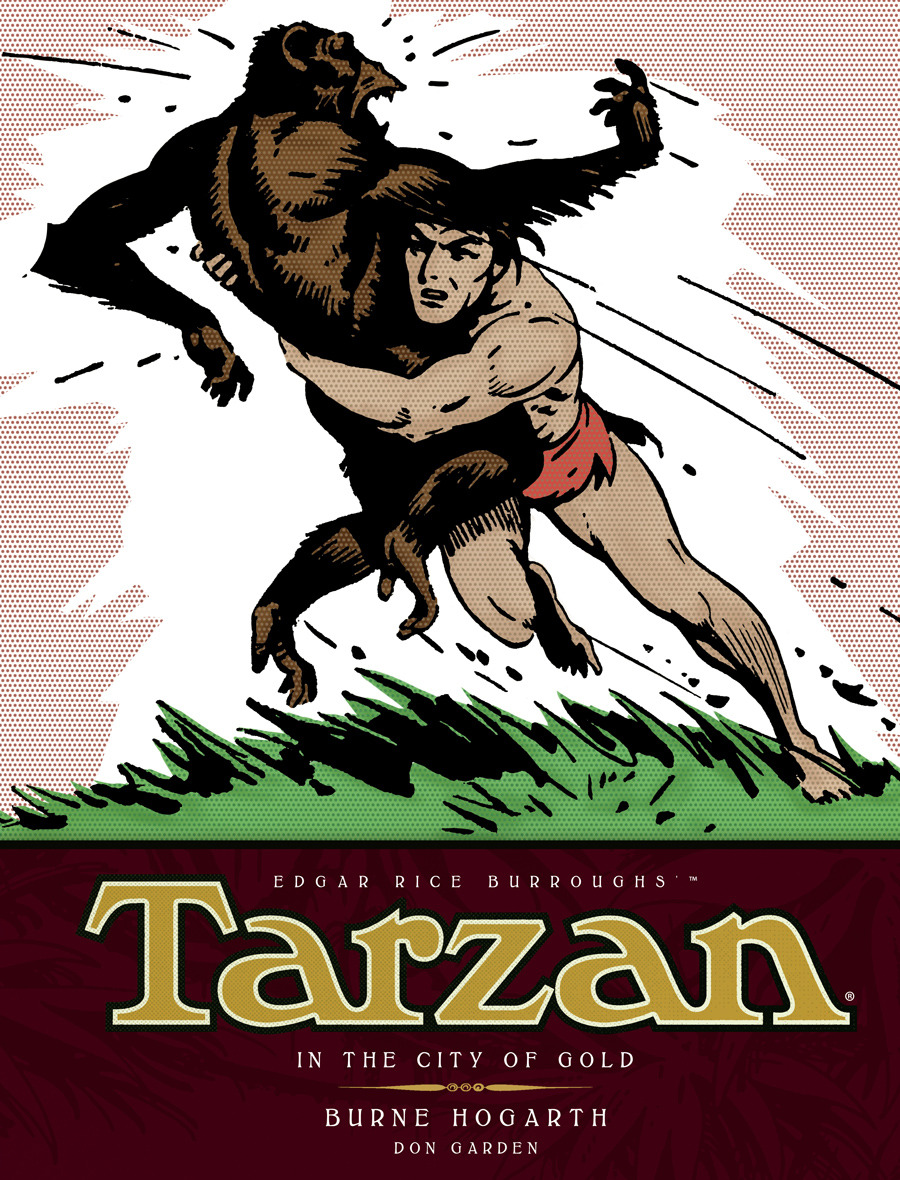 Tarzan – In The City Of Gold

An oversized first volume of Burne Hogarth’s epic run, Tarzan – In The City Of Gold is an excellent look at his first three years of colour Sundays on the strip. This is the first of four exclusive volumes that will collect all of Hogarth’s newspaper strips. Beginning with the adventures “Tarzan in the City of Gold” and continuing with “Tarzan and the Boers,” Hogarth and writer Don Garden hit the ground running, and produced some of the most acclaimed stories ever to appear in the pages of newspapers worldwide. Writer:…read more