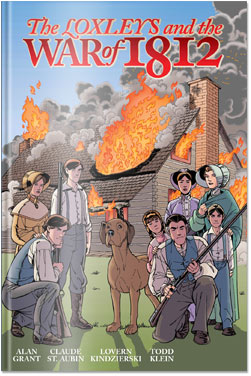 It doesn’t get more Canadian than the War of 1812, a conflict with our southern neighbours. Renegade announced last year they were working on a graphic novel about the conflict and The Loxleys And The War Of 1812 will be released this month. The story follows the Loxleys, a Canadian family living in the Niagara peninsula as they’re torn apart by the American invasion of Canada in 1812, and the subsequent war that raged across both countries as British troops, Canadian militia, and First Nation warriors sought to thwart the…read more