It doesn’t get more Canadian than the War of 1812, a conflict with our southern neighbours. Renegade announced last year they were working on a graphic novel about the conflict and The Loxleys And The War Of 1812 will be released this month. 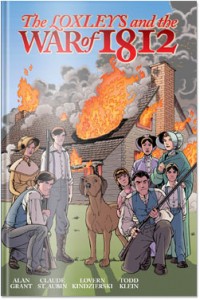 The story follows the Loxleys, a Canadian family living in the Niagara peninsula as they’re torn apart by the American invasion of Canada in 1812, and the subsequent war that raged across both countries as British troops, Canadian militia, and First Nation warriors sought to thwart the expansionist plans of the American government.

The story follows the characters through key historical events as they deal with the realities of war on their doorstep, the personal loss, setbacks and victories tied into the conflict.

It’s easy to breeze by it but the title clues us in as to what’s happening between the covers: this is a story about the Loxleys and the War of 1812. And it’s through this family’s experiences that we are presented with the human aspect of this mostly forgotten conflict. After working our way through this wonderfully told tale are we presented with a “just the facts” take on the war and a fleshing out of historical events as portrayed in the comic. 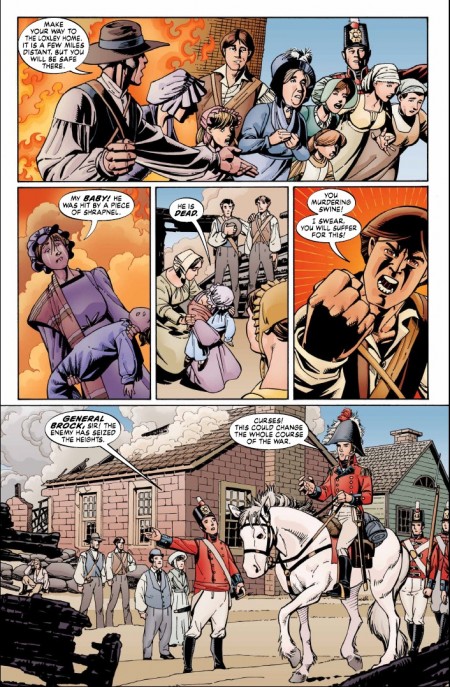 That’s right: this book goes beyond comic as entertainment to present a teaching aid and engaging entertaining look at Canadian history. Renegade covered all bases here and developed in one book a comic that can live on for a long time on its educational merits. But let’s not get ahead of what’s on offer.

Alan Grant has crafted a truly engaging and emotional look at the War of 1812 through a family that lived on the Canadian side of Niagara. The story is told through a mixture of first person accounts and letters from the front sent to the worrying and waiting family. It’s that personal touch, how events shaped and scarred the Loxleys, that bring the story home. Historical figures are woven into the mix: Isaac Brock and Laura Secord, probably the two largest of the war, do their part in the drama. Even though we’re moved along to all the key points of the war it never feels heavy-handed or boring since we’re experiencing everything from the Loxleys perspective. 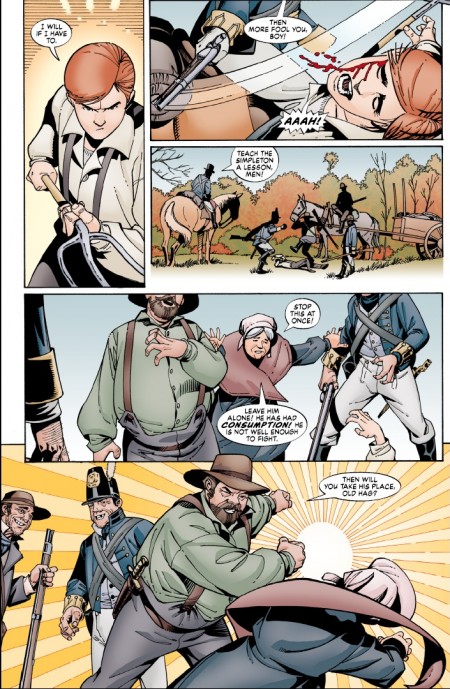 Art is handled well through Claude St. Aubin and the colours of Lovern Kindzierski. People and places look historically accurate and present the reader with a solid picture of North America at that time. I enjoyed the page design, layout and figure presentation that St. Aubin provides, and the strong emotions that are so much of the story come across crystal clear.

Most of the Americans come across rather poorly, especially the renegade soldiers. This portrayal does line up with my grandfather’s view of the war, “a bunch of drunks marched across the border”, but as with all historical fiction I’m sure some license was taken. And to that end we’re presented with 64 pages by Mark Zuehlke that give all the straight facts about the key elements and locations of the war, lightly illustrated with panels from the preceding comic. 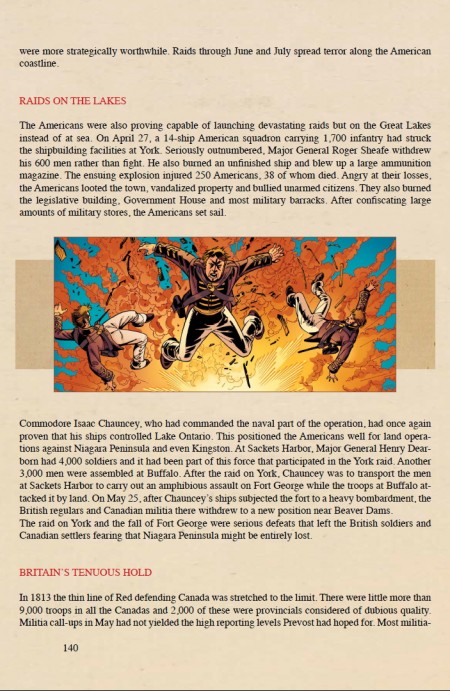 The Loxleys And The War Of 1812 is an excellent story of family and conflict; very engaging and appealing to all ages. Renegade has done a wonderful job of packaging this as an educational resource and hopefully librarians and educators will take advantage.