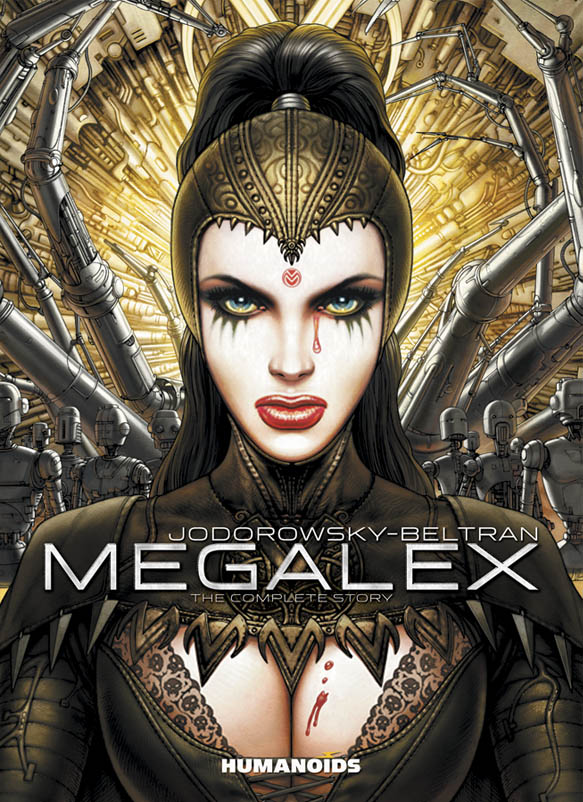 The latest from Humanoids, bringing English translations of European works. Megalex was a three-volume work released in French in 1999, 2002 and 2008. This is its first English release. On the planet-city of Megalex, urban sprawl and technology consume all, leaving only a few bastions of nature and a mass of drug-addled citizens. That all changes when a clone, known only as the Anomaly, is created and rescued from certain destruction… Straight from the untamed minds of Alexandro Jodorowsky (THE INCAL, THE METABARONS) and Fred Beltran (PIN-UP GIRLS FROM AROUND THE WORLD)…read more