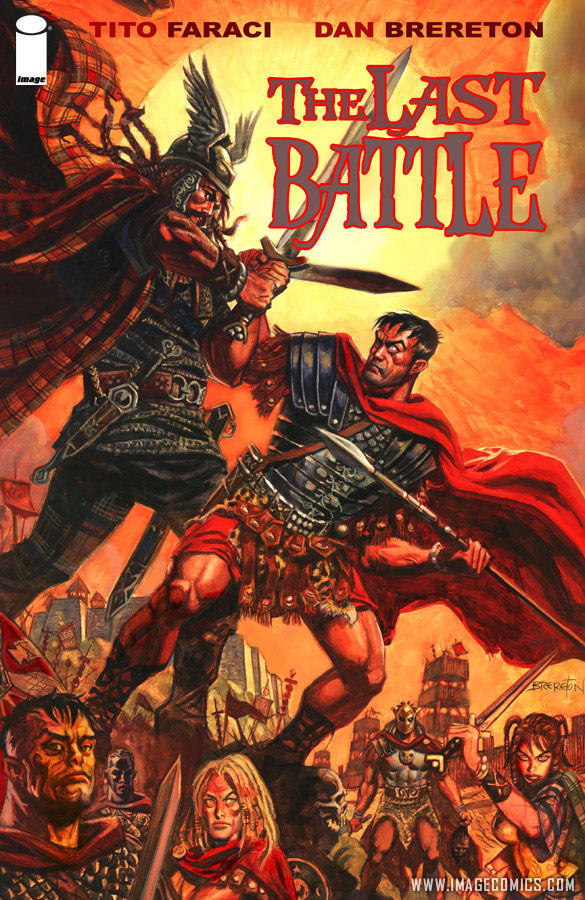 Originally printed in 2005 as L’Ultima Battaglia by The Walt Disney Company Italia, The Last Battle by Tito Faraci and Dan Brereton is an English translation published by Image Comics. In 52 BCE, General Caius Rodius, retired hero of Caesar’s Legions, is called back to war. In nearby Gaul, Rome’s combined armies lay siege to the Gallic stronghold of Alesia in a conflict fated to shape history. A third barbarian horde prepares to attack the Romans from without, led by the rebel Cammius, who once fought for Rome. Rising star Julius Caesar dispatches Rodius…read more