As I roamed the aisles of March’s Toronto Comicon I came across Claudia Dávila promoting her recent work Luz Sees The Light, a graphic novel with a strong environmental message for young people.

It’s important to make one thing clear right from the get go: this book is a message about the environment wrapped in a graphic easy to digest package. The message is direct and to the point: we need to be educated about our current impact on the environment and what can be done to make a change, starting with young people and those who will be in running things in a generation. It’s not a fun story about Luz and shoes that suddenly gets “preachy”. 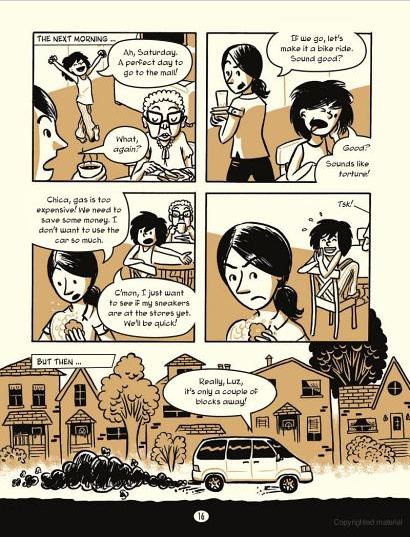 Having said that I was thoroughly entertained by Luz and her discoveries about the world we live in. Luz complains about changes her mother makes such as buying local products because she can’t afford to pay for imported items and not driving to the mall anymore because fuel prices are too high. 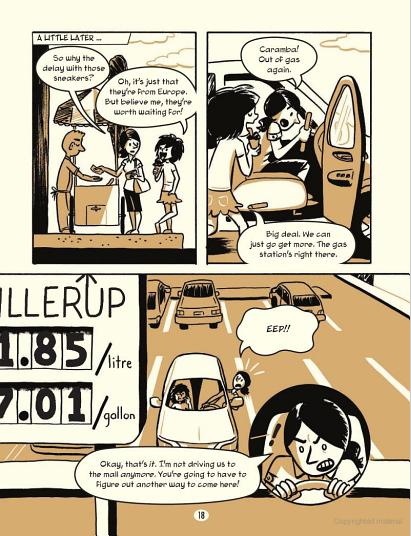 Imports and high fuel costs hit home when a pair of shoes Luz has been coveting and saving for go from $50 to $90 due to import costs. When she has nowhere to take a cat for a walk Luz turns to an abandoned lot filled with garbage. Taking a lesson from her neighbours who have a flourishing garden she takes to converting the lot into a neighbourhood green space. Concepts are explained simply and directly: the story is there to drive home the salient points of good stewardship. 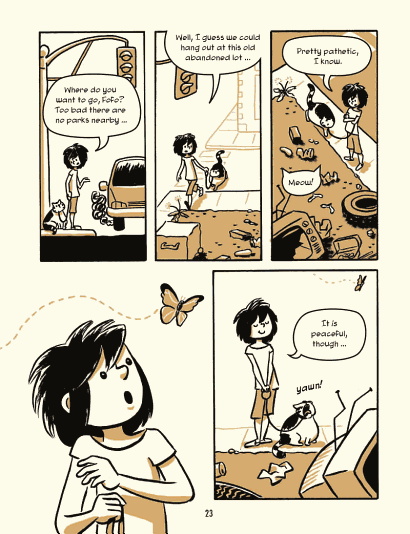 Characters are fun and created with the targeted age group in mind. Each has a role to play: Gord the local environmental crackpot, Robert the awkward computer geek, Luz the lovable oblivious pre-teen. Yet as the story progresses we are shown beyond these cliched roles and experience what each character has to offer. The art is clean and well-defined; the simple two-tone palette works wonderfully, keeping the focus on the work.

Luz Sees The Light is the first in a series of planned stories called The Future According To Luz. I spoke with the author and she’s planning one new book every fall. If you want to provide your child with a focused look at what they can accomplish now and in the future then give Luz a try.