I’ve had a Jetway JBC600C99352W-BW small form factor PC for quite a few years, and it continues to perform. A little long in the tooth with an Intel Atom D525 processor and Nvidia ION2 graphics, it gets the job done and is quite small. I’ve used it as an all purpose general usage PC, a Plex client for playback on my television, and a router (with additional USB NIC). 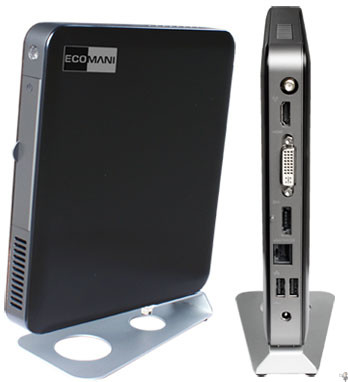 Last year the cooling fan started running at 100% all the time. Normally the fan comes on rarely, but all the time meant this little PC became very loud and annoying. It was retired and put in a drawer. I was thinking about small PCs for television usage again and pulled it out of the drawer to have a look. I updated the drivers, upgraded to Windows 10 (while it’s free) and generally played with every BIOS setting I could find for cooling management, but nothing helped. So I took it apart. 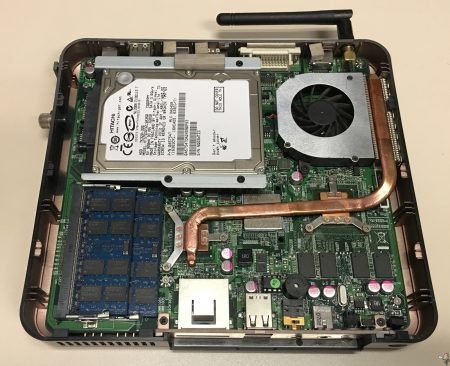 I reassembled everything and started the system up: success. The system was again quiet. I want to replace the old 7200RPM hard drive with a small SSD and perhaps upgrade the RAM from 4 GB to 8 GB, but it’s DDR2 so that may not happen. I also poked around the case looking where to add a second Wifi antenna but I’ve always used it hard wired to my network.